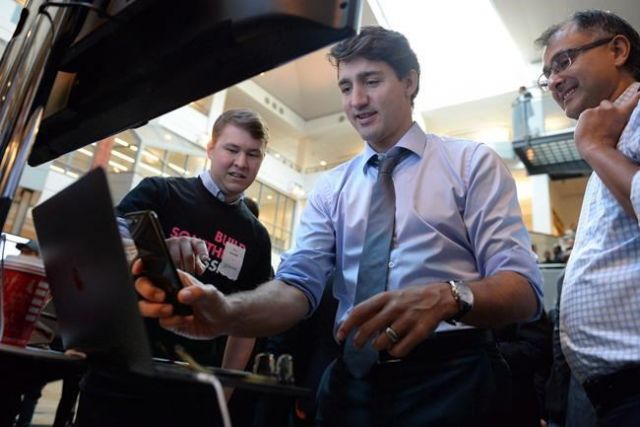 In spite of Canada’s reputation as a hotbed of artificial intelligence, AI deployment has not yet been a “real success” for the country’s companies, a new report has found.

Canada ranked last out of 10 countries, with just 31 per cent of adopters of the technology claiming successful AI deployment, compared with 59 per cent in India and 58 per cent in Germany, according to the study by Forbes Insights.

Canadian companies also came last for full deployment throughout their firm, and encountered the most resistance from employees due to concerns about job security, the report states.

An ethics-first approach, classic Canadian caution in the marketplace and “humility among executives” help explain the low numbers, said Jodie Wallis, head of AI in Canada for Accenture, one of three companies that commissioned the study.

“In a lot of countries, the organizations are jumping to deploy without being thoughtful about how we’re going to deal with ethics,” Wallis said. “Canadian organizations tend to do the opposite: ‘Let’s think about all the ethics, and then we’ll deploy.’ ”

Nearly three-quarters of Canadian firms have AI ethics committees, the highest proportion of all countries surveyed, according to the report, which was based on an online survey of more than 300 executives.

Some characteristic Canadian self-effacement may have tamped down the survey figures, Wallis added. “I think Canadian executives tend to be humble in their self-assessment.”

Canada has become a hot spot for big data analytics over the last few years, with Google, Microsoft, Facebook, Adobe and General Motors announcing millions of dollars in investment in AI research hubs in Quebec, Ontario and Alberta.

The labs, often working in conjunction with universities and still relatively new, function as test beds that focus on experimentation, with any exhaustive business model overhauls likely still a ways off, Wallis said.

“They’re working on algorithmic advancement that is kind of five years out, from a consumer standpoint. They’re not working on solutions that get deployed tomorrow,” she said of Facebook’s one-year-old lab in Montreal, which announced expansion plans this month.

“We want to make sure that we’ve got the right technology and the right use cases to make it successful in our organization, as opposed to adopting technology wildly.”

“Do I really want to go out and say, ‘Hey, I’ve been reading all of your data and I see that you would benefit from a new plan?’ How far do we go before we start to sound creepy or stalker-ish?”

The global study by Forbes Insights — conducted in July 2018 and commissioned by Accenture Applied Intelligence, SAS, and Intel Corp. — surveyed 305 company executives. The bulk of the firms employed more than 5,000 workers.

Can you find life balance living with chronic illness?