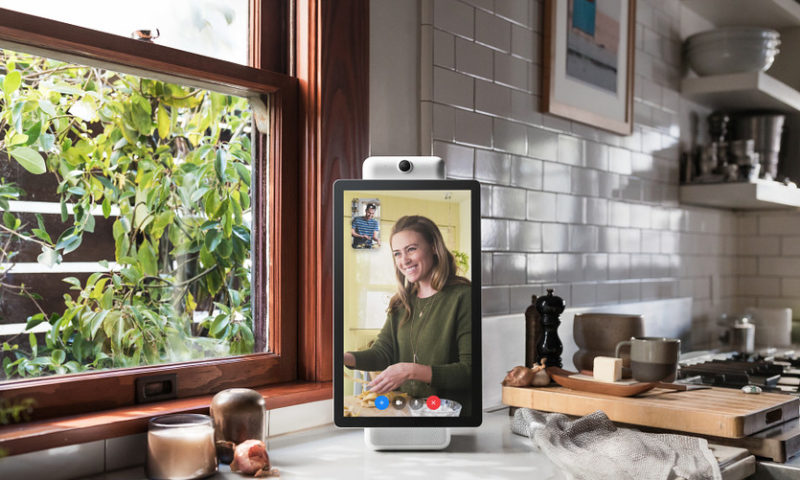 Opinion: Facebook’s tone-deaf launch of videoconferencing hardware is a desperate and foolhardy attempt

Facebook Inc.’s Portal should top the eventual lists of the worst tech products of the year, no matter how effective it is.

The social-media giant unveiled a device Monday that’s dedicated to video calling and making it easier to hang out online with friends and family. Portal, as Facebook is calling it, is also a direct pathway into your house — it would put a Facebook-branded camera and microphone into your home just after news of a major breach affecting at least 50 million users and months after the Cambridge Analytica scandal.

Even as Facebook FB, -0.50% promised that consumers can easily disable the Portal’s camera and microphone, privacy advocates told MarketWatch that consumers are right to question if the devices are properly secured. Facebook said it does not “listen to, view, or keep the contents” of the Portal’s video calls, and said in promotional materials that it is “private by design.”

“Your Portal conversations stay between you and the people you’re calling. In addition, video calls on Portal are encrypted, so your calls are always secure,” a Facebook blog post said.

Facebook executives obviously understood how this launch would be received, as it reportedly canceled announcing the device at its developers conference earlier this year amid the Cambridge Analytica scandal. They still went ahead with the launch ahead of the holiday season, however, when they probably should have shelved the idea for good.

Instead, Facebook will have — in addition to all its current software tools sucking up data on users — an actual piece of hardware with a camera and a microphone in the home. It is actually far behind on this, as other tech giants already have voice-activated smart-home devices, including Apple Inc. AAPL, -0.44% , Alphabet Inc.’s GOOG, -0.72% GOOGL, -0.37% Google and Amazon.com Inc., which is allowing Facebook to use its Alexa assistant in the Portal. These devices are basically like Trojan horses, being welcomed into homes as a way to get quick information from the internet or to buy things online with your voice while hiding potentially immense privacy problems.

Facebook is starting to feel the heat from consumers in the fallout from the Cambridge Analytica scandal, with comments from its executives in July about a slower second half. The company is clearly looking for more ways to improve its revenue and earnings growth, including pressuring Instagram and WhatsApp for ways to grow revenue.

Instagram and WhatsApp will likely make money the same way as Facebook, with digital advertisements, but hardware like Portal and Facebook’s virtual-reality acquisition, Oculus, offers another approach. But it’s highly likely that the Portal ends up becoming a failure like Facebook’s attempt to make a smartphone, which led to the Facebook Home disaster.

Facebook is a company that uses consumer data to sell ads, and the way it stores and uses that data is already suspect. Consumers almost certainly do not want to open the door to bring Facebook into their homes in an even more intrusive way, and the company should have realized that without launching a device that few, if any, will buy.