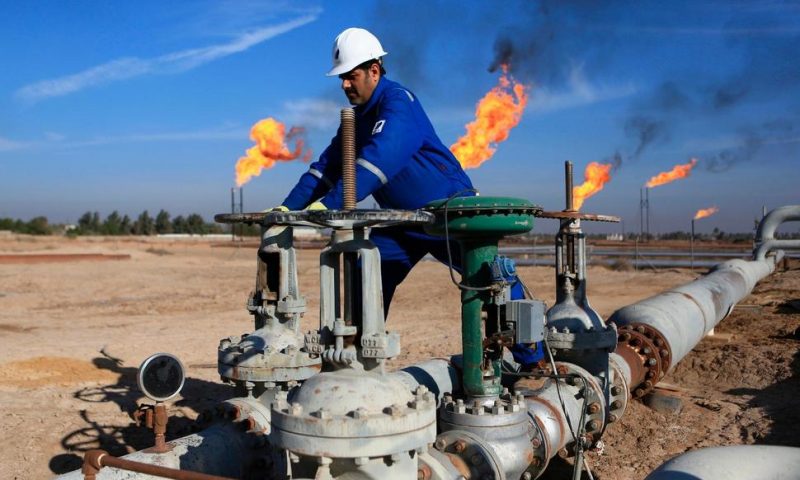 An Iraqi oil official says employees of energy giant ExxonMobil have started evacuating an oil field in the southern province of Basra.

BAGHDAD — Employees of energy giant ExxonMobil have begun evacuating from an oil field in the southern Iraqi province of Basra but work at the field is still ongoing, Iraqi officials said Saturday.

The evacuation comes amid rising tensions between the United States and Iran. The U.S. has already ordered all nonessential diplomatic staff out of Iraq.

As tensions escalate, there are concerns that Baghdad could once again get caught in the middle. The country hosts more than 5,000 U.S. troops, and is home to powerful Iranian-backed militias, some of whom want those U.S. forces to leave.

An Iraqi oil official, who spoke on condition of anonymity because he was not authorized to speak to the media, said all those who are being evacuated are foreigners or Iraqis who hold additional national citizenships. The official did not give numbers but said the first group left two days ago and another batch left early Saturday.

“We continue to closely monitor. As a matter of practice, we don’t share specifics related to operational staffing at our facilities,” said Julie L. King, media relations adviser at ExxonMobil headquarters in Irving, Texas.

She added that ExxonMobil has programs and measures in place to provide security to protect its people, operations and facilities. “We are committed to ensuring the safety of our employees and contractors at all of our facilities around the world,” King wrote in an email.

An Iraqi security official confirmed that ExxonMobil’s employees are evacuating the West Qurna 1 oil field in Basra province, adding that “the vast majority of the evacuees are Americans.” He also spoke on condition of anonymity adding that the evacuations began on Thursday.

State-run Iraqi News Agency said work at Qurna 1 oil field “is going on normally” and has not been affected by the evacuation of ExxonMobil’s employees.

Basra Oil Co. chief Ihsan Abdul-Jabbar Ismail told INA the number of employees is less than 70, adding “they did not withdraw but decided to be in Dubai during this period and run the oil field remotely.”

He said the departure of the employees is for a short period and work will not be affected even by 1 percent in terms of production, maintenance and new projects.

US: Iran Military Could Misidentify Airliners Amid Tension