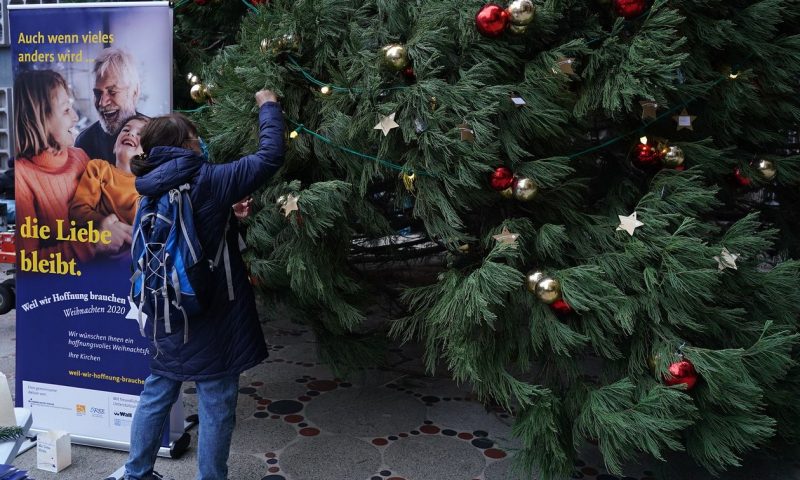 European stocks rounded off a blockbuster November with losses on Monday.

Some downward pressure on U.S. stocks came from a report that the administration of President Donald Trump could be ready to blacklist China’s biggest chip maker SMIC SMICY, -4.54% and energy giant CNOOC 883, -4.67%. There are concerns of rising tensions with China just as President-elect Joe Biden takes office.

Investors will continue to watch a strong second wave of COVID-19 in the U.S. Dr. Deborah Birx, coordinator of the White House coronavirus task force, said she was “deeply worried,” about a post-Thanksgiving coronavirus surge, saying those who traveled for the holiday and gathered in big numbers should “assume” they are infected.

Despite the losses on Monday, the Stoxx 600 has climbed around 14% in November, as of Monday’s provisional close, and was set to record its largest monthly point gain since December 1986, according to Dow Jones Market Data, as COVID-19 vaccine developments and the prospect of lockdown easing have buoyed investors.

“After such impressive gains, and with the end of the year so close, it is hardly surprising that a significant amount of fund rebalancing and profit taking is felt across markets, putting some modest pressure on indices,” Chris Beauchamp, chief market analyst at IG, said.

“But this should be temporary, as further inflows and positive seasonality, plus the continued attempt to look beyond the virus to a time when vaccines are brought in, help to avoid any major declines,” he added.

The positive vaccine news kept coming over the weekend but failed to move stocks higher early on Monday. The U.K. regulator could approve the COVID-19 vaccine from drugmaker Pfizer PFE, +2.90% and its partner BioNTech BNTX, +12.95% within days, the Financial Times reported on Saturday, and the first immunizations from Dec. 7. The European Union’s European Medicines Agency is set to consider experimental vaccines from both Pfizer and biotech Moderna MRNA, +20.23% next month, with inoculations beginning before the year-end.

“An extension to production quotas is expected but the producers’ cartel has confounded expectations in the past,” said AJ Bell investment director Russ Mould, in a note to clients.