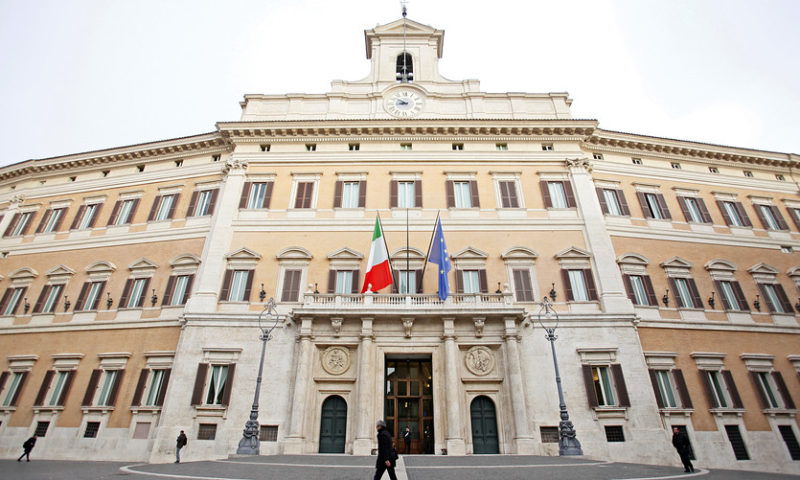 Elsewhere, investors were sidelined, absorbing the latest interest-rate increase by the Federal Reserve.

Italy’s budget proposal is expected at 6 p.m. Eastern on Thursday, but drama was building around the long-awaited event, which could potentially cause a spat between Italy and the European Union. Markets were rattled by reports the budget, to be released by Finance minister Giovanni Tria, could be delayed.

Italian daily La Stampa had previously reported that Tria was ready to resign over budget infighting within the governing coalition, though ministry spokesman denied this, according to a Reuters report. Other reports said the budget will up the deficit to a bigger-than-expected 2.4% of GDP.

Elsewhere, investors appeared reluctant to make big moves, tracking modest gains for U.S. stock futures, after the Fed lifted interest rates for the third time this year and indicated it would raise rates at its December meeting, then three more times in 2019. The Fed also dropped the phrase that its policy remains “accommodative.

On the data front, eurozone manufacturing and consumer sentiment pulled back in September. In Germany, Europe’s largest economy, harmonized consumer price inflation rose to 2.2% year-over-year in September, beating the consensus forecast of 1.9%.

If Italy’s “budget does include a boost to public spending then it reduces the amount of money available for the government to bail out Italy’s troubled lenders, which ultimately makes them a riskier investment,” said Kathleen Brooks, research director at Capital Index. “Thus, Italian bank stocks may continue to come under pressure in the aftermath of this budget.”

Among the best performers was retailing giant Hennes & Mauritz AB HMB, -0.76% which surged to close 11.1% higher after posting a sales rise and as third-quarter profit beat forecasts.

After The Fall: How Significant Is The EM Equities Discount?