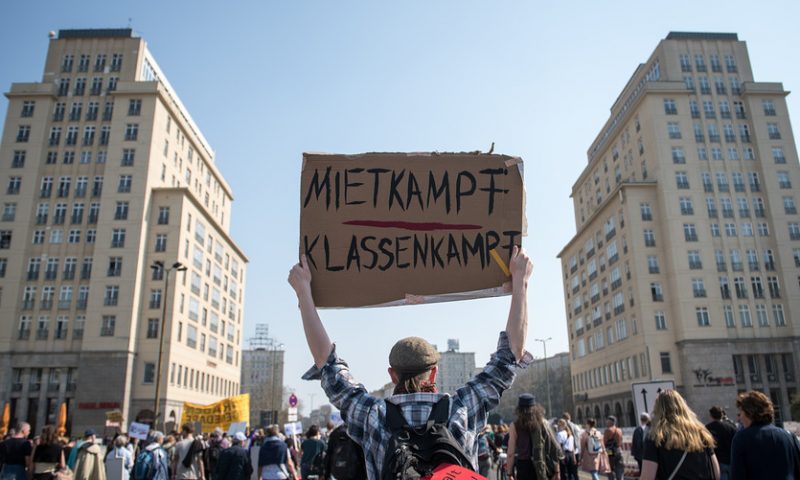 China’s positive comments on Thursday continued to lift European stocks as investors became more confident of a resolution to the trade war.

Beijing said discussions with U.S. negotiators were continuing and that it would not retaliate to the latest tariff increase.

On Friday, China’s foreign ministry confirmed that talks were continuing between trade teams on both sides.

Eurozone inflation remained steady at 1%, well below the European Central Bank’s target of just under 2%, fueling expectations of further stimulus next month.

Bert Colijn, ING senior economist, said: “Headline inflation is at 1%, with core inflation at 0.9% in August and unemployment falling by just 16,000 in July.

“These are the final readings the ECB will get before the important stimulus decision. Don’t expect the ECB to hold back.”

German real-estate stocks soared after daily newspaper Bild reported that plans for a rent freeze in Berlin could be watered down.

German property company Deutsche Wohnen DWNI, +10.24% soared 11.3% following reports that a planned rent freeze in Berlin may not be as severe as first feared. Its larger peer Vonovia VNA, +5.14%  climbed 5.7%.

U.K. and Ireland-based building materials firm Grafton Group GFTU, +10.26%rose 6.4% after a rise in first-half profit. The FTSE 250 company said strong performance in its merchant and retail businesses in Ireland, and good growth in the Netherlands, led the rise.