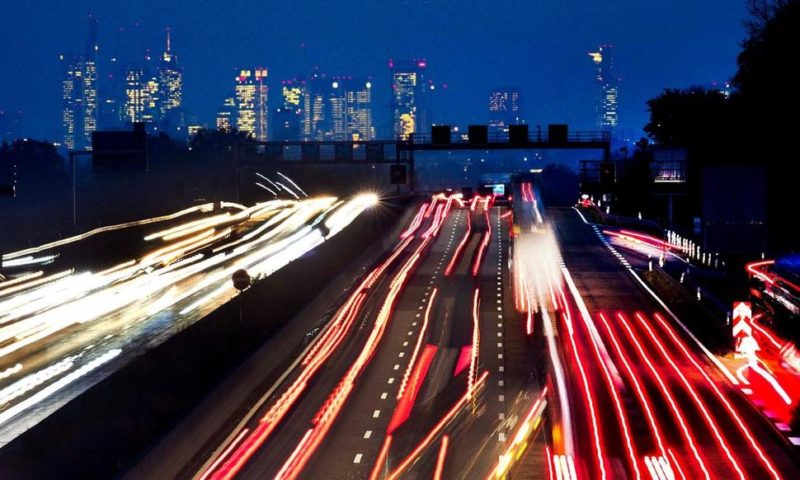 FRANKFURT, Germany — Europe-wide stress tests show that big banks would come through a theoretical financial crisis in better shape than in the last such test two years ago.

But several analysts said the test didn’t mean Europe could sound the all-clear about potential trouble from Italian banks and government finances.

None of the 48 tested banks, covering about 70 percent of the EU banking sector by assets, fell short of a capital yardstick used in earlier exercises, although this year’s exercise does not give pass-fail grades. That bar was easily cleared by all four Italian banks and by Deutsche Bank, which is trying to return to profit after three years of losses.

Italian banks are in focus because of their large holdings of government bonds, which lost value due to fears that Italy’s new populist government will run bigger deficits.

The results showed that, on average, banks across Europe were left with capital padding of 10.3 percent of their assets, measured as their common equity tier one ratio. That is a widely used measure of bank financial strength and ability to cope with losses on investments and loans that don’t get repaid.

This year’s average strength compared to 9.4 percent in the 2016 stress test of 51 banks under a different scenario.

This year’s scenario, run by the European Central Bank, the European Banking Authority and national supervisors, involved a bigger shortfall in economic output than last time in 2016. Banks faced a 2.7 percent fall in economic output over three years, plus a ferocious bear market in stocks and steep declines in house prices. The scenario attempts to capture some of the known risks to the European economy, including those associated with Britain leaving the European Union and a big drop in sky-high home prices in Sweden.

The stress tests are part of a broader effort to strengthen banking regulation and the banking system in the European Union in the wake of the Great Recession global financial crisis a decade ago, and the eurozone debt crisis that peaked in 2011-2012. Bad banks played a role in the eurozone debt crisis in Ireland, which was forced to seek a bailout from other eurozone governments after guaranteeing the liabilities of failing banks.

Although the results are not pass-fail, all the banks exceeded a 5.5 percent capital yardstick used in an earlier test. The results of the test will now be digested by the European Central Bank’s banking supervisory arm. That process could result in weaker banks being asked to raise money or take other steps to improve their finances.

Several analysts said the test did not fully capture the risks to Italian banks from potential falls in the value of Italian government bonds. A dispute between Italy’s government, which wants to spend more, and the European Commission, which wants to enforce rules against excessive debt and deficits, has emerged as a potential new crisis for the 19-nation eurozone.

Analysts at credit-rating agency DBRS said the scenarios for falls in the prices of Italian bonds were “relatively soft” compared to the plunges seen in the 2011-2012 crisis for Greece, Ireland and Portugal.

Jack Allen, senior European economist at Capital Economics, said that “these stress tests shouldn’t be taken as a sign that the country’s lenders could with stand a crisis sparked by doubts about debt default and/or currency redenomination,” which would happen if Italy were to leave the shared euro currency union.

The Italian banks and their strength ratios under the stress scenario were: UniCredit, 9.3 percent, Intesa Sanpaolo, 10.4 percent, Banco BPM, 8.5 percent, and Unione di Banche Italiane, 8.3 percent. The Italian Central Bank said their average loss of 3.9 points was in line with the test average.

Deutsche Bank saw its capital buffer fall to 8.1 percent. Chief Financial Officer James von Moltke said in a statement that the result showed that “our risk profile is strong, but our profitability is not. This is exactly where our focus is now.” Deutsche Bank says it aims to turn a profit this after slashing expenses and risky investments after three straight years of annual losses.

Mortgage rates slide as echoes of 2006 haunt the housing market