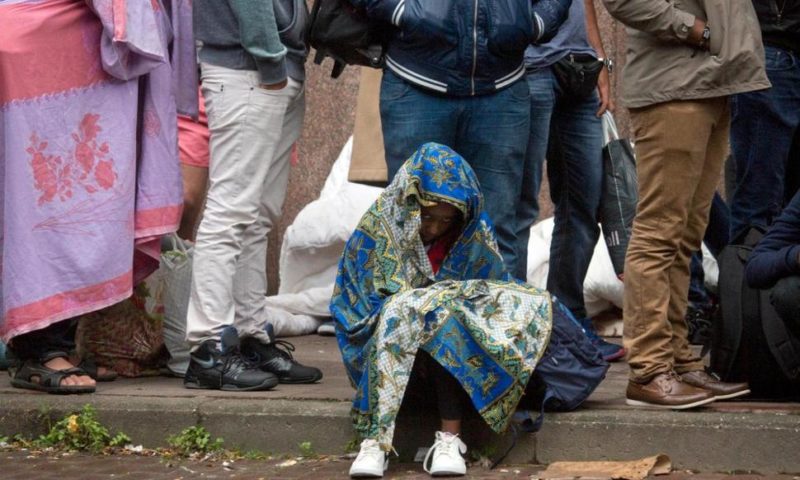 Just days before scores of countries sign up to a landmark United Nations migration pact, a number of European Union nations have begun joining the list of those not willing to endorse the agreement.

BRUSSELS — Just days before scores of countries sign up to a landmark U.N. migration pact, a number of European Union nations have begun joining the list of those not willing to endorse the agreement.

The 34-page U.N. Global Compact for Safe, Orderly and Regular Migration is to be formally approved in Marrakech, Morocco, on Dec. 10-11.

The drafting process was launched after all 193 U.N. member states, including the United States under President Barack Obama, adopted in 2016 a declaration saying no country can manage international migration on its own and agreed to work on a global compact.

But the United States, under President Donald Trump, pulled out a year ago, claiming that numerous provisions in the pact were “inconsistent with U.S. immigration and refugee policies.”

Despite its non-binding nature, Bulgaria signaled this week that it will not sign the pact, as did Slovakia, whose foreign minister resigned in protest at his government’s stance. Meanwhile, Belgium’s government was teetering on the brink of collapse, riven by coalition differences over the pact.

“It’s way too pro-migration. It doesn’t have the nuance that it needs to have to also comfort European citizens,” Belgium’s migration minister, Theo Francken, said Thursday.

“It’s not legally binding, but it’s not without legal risks,” he said, adding that rights laws are being interpreted widely in EU courts and those rulings are tying the hands of migration policy-makers.

Francken said his right-wing N-VA party wants “nothing to do with it.”

But Belgian Prime Minister Charles Michel took the migration agreement to parliament Thursday, where it was approved against the wishes of the N-VA, the biggest party in his governing coalition.

The arrival in Europe in 2015 of well over 1 million migrants — most fleeing conflict in Syria or Iraq — plunged the EU into a deep political crisis over migration, as countries bickered over how to manage the challenge and how much help to provide those countries hardest hit by the influx. Their inability to agree helped fuel support for anti-migrant parties across Europe.

Experts say the pact is an easy target. Leaving it can play well with anti-migrant domestic audiences and pulling out has no obvious negative impacts on governments.

“The ones who opposed the global compact, have they read it? It is only a framework of cooperation with all countries,” EU Migration Commissioner Dimitris Avramopoulos said Thursday. “It is not binding. It doesn’t put in question national sovereignty.”

Other EU countries to turn their back on the document are Hungary and Poland, which have opposed refugee quotas aimed at sharing the burden of Mediterranean countries like Italy, Greece and more recently Spain, where most migrants are arriving.

But the withdrawal of Austria — holder of the EU’s presidency until the end of the year — has been of high symbolic importance.

Conservative Austrian Chancellor Sebastian Kurz, in a coalition with the nationalist, anti-migration Freedom Party, announced Austria’s departure from the pact in October, highlighting “some points that we view critically and where we fear a danger to our national sovereignty.”

Francken said that never before had the head negotiator for the European states, Austria, “pulled out the plug. That gave a lot of political shock effect in all countries.”

It remains to be seen whether North African countries — and others like Turkey, which the EU has outsourced its migrant challenge to — see this as a new sign that migration management can only be done on Europe’s terms.

Rescue mission in Japan after two US Marine aircraft collide