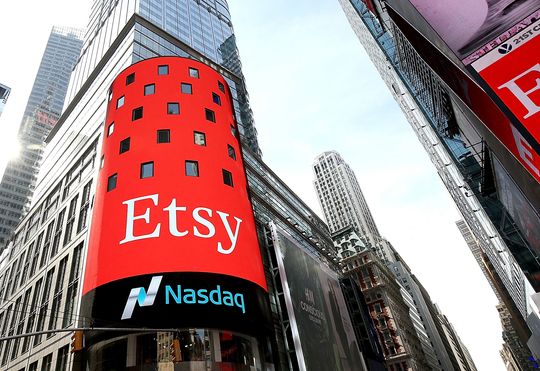 Etsy said it had gross merchandise sales of $3.01 billion, in line with Wall Street’s expectations, and down 0.4% from $3.04 billion in the same period last year. Sales were $585.1 million, up from $528.9 million in the prior year’s quarter. FactSet consensus was for sales of $556 million.

However, the company cited the impact of macro headwinds that include pressures on consumer discretionary spending, reopening, foreign exchange-rate volatility, and ongoing geopolitical uncertainty.

“Our second-quarter results once again reflect that Etsy has maintained most of our pandemic gains, and that we are able to deliver strong bottom-line performance while simultaneously investing in key initiatives,” said Etsy CEO Josh Silverman, in a statement. “Despite facing headwinds caused by macroeconomic and geopolitical factors, we believe the improvements we’ve driven in customer experiences across the Etsy marketplace and our House of Brands, coupled with continued focus on our ‘Right to Win’ strategy, will enable us to unlock the enormous long-term opportunities we see ahead.”

Speaking during a webcast to discuss the results late Wednesday, Silverman said that Etsy continues to experience changes in the global economy. “Disposable income is under more pressure than it has been in a long time,” he said.

The CEO acknowledged that “it’s not an easy time for the world,” but said that, even in downside scenarios, Etsy is well positioned to deliver healthy profitability.

Concerns about slowing consumer spending have swirled around Etsy in recent weeks, prompting a number of analysts to cut their price targets for the company.

Last week, in an earnings preview, Truist Securities adjusted its Etsy estimates lower to reflect FX headwinds and the risk of a mild recession in 2023. “On the one hand, nearly all of Etsy’s GMS is discretionary consumer spend, which tends to get hit in a recession,” wrote Truist Securities analyst Naved Khan. “On the other hand, Etsy’s relatively low average ticket size and differentiated products could make it more resilient in a recession than higher AOV [Average Order Value], less differentiated categories, such as home wares or fitness equipment.”

As the company eyes growth opportunities, Etsy is also setting its sights on male shoppers. About three-quarters of the company’s shoppers in the U.S. and U.K. are women.