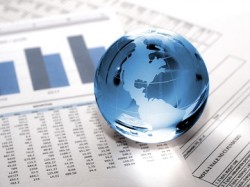 While the bull run isn’t over yet, investors are making moves—or considering moves—in their equity positions.

“We decided it was best to take one step in becoming a bit more conservative at this point in time,” says a weekly Richardson GMP market insight report.

Specifically, the firm says Canadian equities across client accounts were recently trimmed from a slight overweight to market weight—a more neutral stance, says the report. (The firm added to Canadian equity at February’s end during the market correction.)

While the firm’s market cycle indicators remain supportive (19 of 30 are bullish), the trend of positive indicators has been falling steadily this year, says the report.

Other signals affecting the firm’s decision on equities is the flattening yield curve and certain U.S. economic indicators that are turning negative, such as consumer sentiment and auto sales.

The decision to trim Canadian equities, in particular, came about almost by default, when compared to potentially trimming equities in other areas such as the U.S. or international developed markets. U.S. earnings growth provides a strong foundation for U.S. equities, for example; in international developed markets, it appears too late to reduce equities—EAFE-listed ETFs are down 10% since January.

Despite some positives for Canadian equities, risks include potential tariffs and an economy that’s levered and reliant on housing, says the report.

“When global growth slows, it is often felt in EM first as their markets tend to be more sensitive and fragile,” says the report. “Rightly or wrongly, when this happens, global investors also move to sell resource-tilted markets such as Canada and Australia.”

Moving back to market weight with Canadian equities offers advantages.

“Should we see a correction in the coming months, an occurrence that is more common in August to October than other time periods, this move will help protect capital,” says the report.

During a correction, if market cycle indicators are supportive, buying opportunities might become available. If the market doesn’t correct or moves higher, “we are still market weight and will enjoy that even more,” says the report.

For some investors, reducing U.S. equities is a consideration, as they reach peak performance.

In strategy commentary, Jeffrey Saut, chief investment strategist at Raymond James, says a common question from portfolio managers is whether they should reduce U.S. holdings and move money to international equities.

“History says no,” says Saut, citing Bespoke Investment Group. Based on data, Bespoke says that, when U.S. equities outperform, they tend to continue to outperform for the remainder of the year. In years when they’ve underperformed, that underperformance has continued.

Says Bespoke: “While the trend of U.S. outperformance will eventually turn, it’s best to ride it out through year end at this point at least based on historical tendencies.”