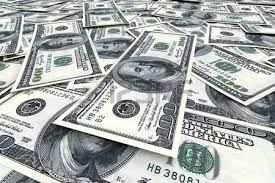 European stocks are largely positive heading into the close after the Federal Reserve issued an upbeat assessment of the US economy last night.

The mood in Europe is cautiously optimistic, largely because there haven’t been any developments on the trade front.

The Italian market is in the red after it was reported that the coalition government are still seeking to raise expenditure, which would be against Brussels budget policy. Traders are worried about a potential political fight between Rome and the EU, and in turn Italian government bond yields are going up. The Italian banking sector has major exposure to the government bond market, and it is coming under pressure. The prospect of an administration standing up to Brussels has spooked some traders, as it could spark further euroscepticism.

H&M shares are in fashion today after the company revealed a 9% jump in third-quarter sales. Online sales jumped by 32% in the last three months, and this also boosted shareholder confidence as it shows the company is adapting to the changes in the retail sector. The group is opening fewer stores, and it has obtained more competitive leases on new and existing stores. The company is clearly changing its strategy, and the focus will be more towards online sales, and away from the high street. Inventories at the fashion house are ‘still high’, and this is a little worrying. The share price gapped higher, and while it holds above its 200-day moving average at SKr141.28, its outlook could remain bullish.

Saga revealed a 4% decline in first-half profits as the firm lowered prices to draw in new customers. Last December, the group issued a profit warning, and there response was to cut prices in order to retain clients, and attract new business. The decision resulted in lower profit, but the overheads were reduced from £126 million to £120 million.

Stocks are higher this afternoon after the Federal Reserve hiked interest rates last night. The move met expectations, and their statement was on the hawkish side, and traders are pricing in a high possibility of a rate hike in December. Dealers are anticipating the US central bank to maintain its hiking cycle into the New Year.

The US economy grew by 4.2% in the second-quarter. The jobless claims report ticked up from 202,000 to 214,000, but it is still near a multi-decade low. The headline durable goods report showed a 4.5% increase in August, but the report which strips out transportation only grew by 0.1%.

The US goods trade deficit widened to $75.83 billion – a ten year high. It seems that car imports jumped when President Trump was threatening to impose tariffs on goods from China. The widening of the trade deficit is likely to anger Mr Trump, and seeing as he has further tariffs up his sleeve, it could prompt him to put more pressure on China.

The US dollar index was given a boost by the broadly positive economic indicators from the US. The greenback started off the session on a positive note due to the Fed’s upbeat update yesterday, and today’s economic announcements pushed the greenback even higher.

EUR/USD is in the red on account of the firmer US dollar. Germany posted an impressive jump in inflation but the currency pair remained unfazed by the news. The inflation rate on an annual basis jumped to 2.2% in September – up from 1.9%. The jump in the cost of living suggests that demand is strong and that bodes well for the German economy.

GBP/USD is also lower due to the rally in the US dollar. It was a quiet day in terms of economic indicators from the UK, so today’s move was dollar driven. The lack of clarity in relation to Brexit will continue to hang over the pound. Sterling had a subdued week, but while it holds above the 1.3000 mark, its outlook could remain positive.

Gold has fallen to its lowest level since late August due to rally in the greenback. Gold has been dragged around by the US dollar lately, and the prospect of further rate hikes from the US central bank is likely to keep pressure on gold. The metal has been in a downward trend since April, and given today’s move, it could retarget $1,160.

WTI and Brent crude oil are higher again as traders remain concerned about future supply levels given that the US will implement sanctions on the US in November. Adding to the fear surrounding worries about supply levels, the US energy secretary, Rick Perry, said the government has no plans to use emergency crude reserves.