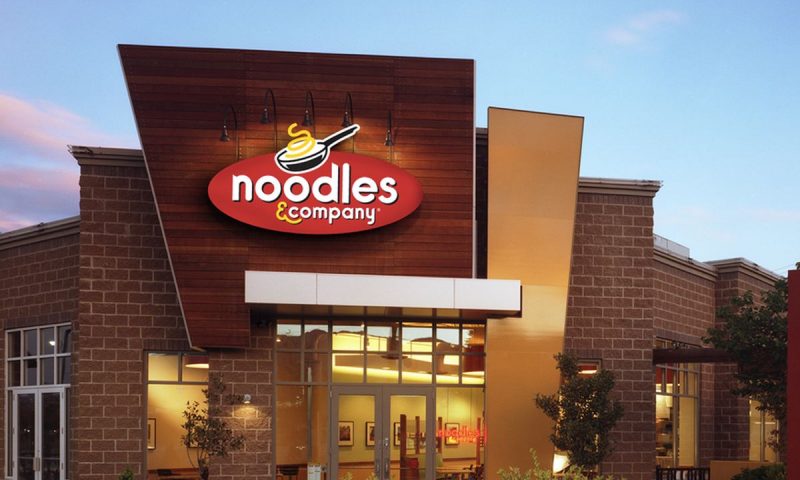 Noodles & Co (NASDAQ:NDLS) – Analysts at SunTrust Banks increased their Q2 2020 earnings per share estimates for Noodles & Co in a research note issued to investors on Friday, November 22nd, Zacks Investment Research reports. SunTrust Banks analyst J. Bartlett now anticipates that the restaurant operator will post earnings of $0.08 per share for the quarter, up from their previous estimate of $0.07. SunTrust Banks has a “Buy” rating and a $12.00 price objective on the stock.

Noodles & Co (NASDAQ:NDLS) last posted its quarterly earnings results on Thursday, November 7th. The restaurant operator reported $0.09 earnings per share (EPS) for the quarter, topping the Thomson Reuters’ consensus estimate of $0.07 by $0.02. The business had revenue of $118.30 million for the quarter, compared to analyst estimates of $120.70 million. Noodles & Co had a net margin of 0.62% and a return on equity of 11.38%. The firm’s revenue for the quarter was up 1.4% on a year-over-year basis. During the same quarter last year, the business posted $0.04 EPS.

Noodles & Company develops and operates fast-casual restaurants in the United States. It offers cooked-to-order dishes, including noodles and pasta, soups, salads, and appetizers. As of January 1, 2019, the company operated 394 company-owned and 65 franchised restaurants in 29 states, and the District of Columbia.