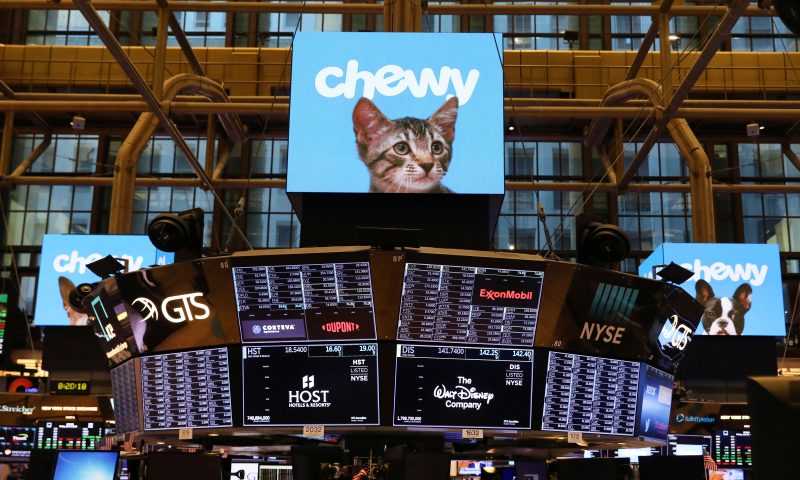 Chewy Inc (NYSE:CHWY) – Equities researchers at Wedbush lowered their Q1 2021 earnings estimates for Chewy in a report issued on Wednesday, September 18th. Wedbush analyst S. Basham now forecasts that the company will post earnings per share of $0.02 for the quarter, down from their prior forecast of $0.03. Wedbush currently has a “Hold” rating and a $30.00 price target on the stock. Wedbush also issued estimates for Chewy’s FY2022 earnings at $0.24 EPS.

Chewy (NYSE:CHWY) last posted its quarterly earnings results on Tuesday, September 17th. The company reported ($0.21) EPS for the quarter, missing the consensus estimate of ($0.11) by ($0.10). The company had revenue of $1.15 billion during the quarter, compared to analysts’ expectations of $1.13 billion. During the same period in the previous year, the company posted ($0.16) earnings per share. The business’s revenue was up 43.1% on a year-over-year basis.

Chewy, Inc, together with its subsidiaries, engages in the pure play e-commerce business in the United States. The company provides pet food, pet products, pet medications, and other pet health products for dogs, cats, fish, birds, small pets, horses, and reptiles through its chewy.com retail Website, as well as its mobile applications.