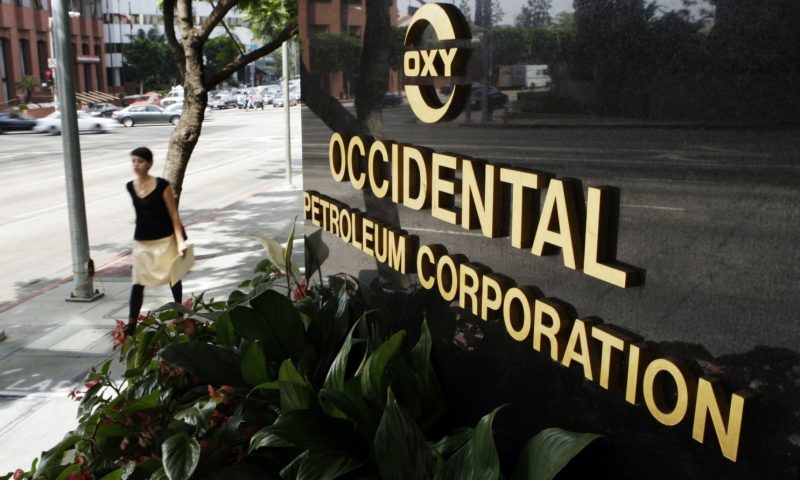 Occidental Petroleum (NYSE:OXY) last released its quarterly earnings results on Monday, November 4th. The oil and gas producer reported $0.11 earnings per share for the quarter, missing the Zacks’ consensus estimate of $0.41 by ($0.30). Occidental Petroleum had a net margin of 6.34% and a return on equity of 9.98%. The business had revenue of $5.87 billion for the quarter, compared to analyst estimates of $5.59 billion. During the same period in the prior year, the business earned $1.77 earnings per share. The company’s revenue for the quarter was down 4.9% on a year-over-year basis.

The company also recently disclosed a quarterly dividend, which will be paid on Wednesday, January 15th. Investors of record on Tuesday, December 10th will be issued a dividend of $0.79 per share. The ex-dividend date is Monday, December 9th. This represents a $3.16 dividend on an annualized basis and a dividend yield of 7.92%. Occidental Petroleum’s payout ratio is presently 63.07%.

Occidental Petroleum Corporation, together with its subsidiaries, engages in the acquisition, exploration, and development of oil and gas properties in the United States and internationally. The company operates through three segments: Oil and Gas, Chemical, and Midstream and Marketing. The Oil and Gas segment explores for, develops, and produces oil and condensate, natural gas liquids (NGLs), and natural gas.

China Surpasses the U.S. in Wealth of Top 10%