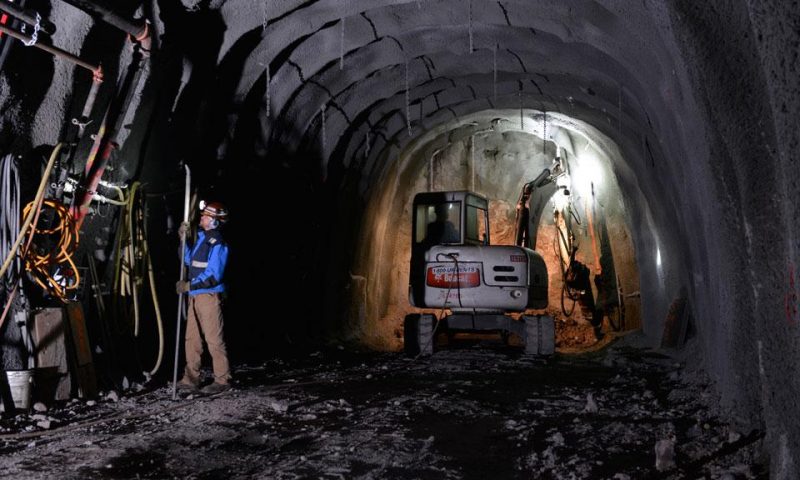 Hecla Mining (NYSE:HL) – Equities researchers at B. Riley decreased their FY2021 earnings per share estimates for shares of Hecla Mining in a report released on Tuesday, November 5th. B. Riley analyst A. Graf now expects that the basic materials company will earn ($0.15) per share for the year, down from their previous forecast of ($0.14). B. Riley currently has a “Neutral” rating and a $1.80 target price on the stock.

Hecla Mining (NYSE:HL) last released its earnings results on Thursday, November 7th. The basic materials company reported ($0.02) earnings per share for the quarter, missing the consensus estimate of ($0.01) by ($0.01). The firm had revenue of $161.50 million during the quarter, compared to analysts’ expectations of $179.40 million. Hecla Mining had a negative net margin of 20.98% and a negative return on equity of 6.02%. The business’s revenue was up 12.4% compared to the same quarter last year. During the same quarter last year, the business earned ($0.05) EPS.

In related news, Director Catherine J. Boggs acquired 40,540 shares of Hecla Mining stock in a transaction that occurred on Friday, August 16th. The shares were purchased at an average price of $1.50 per share, for a total transaction of $60,810.00. Following the completion of the transaction, the director now owns 40,540 shares in the company, valued at approximately $60,810. The purchase was disclosed in a legal filing with the Securities & Exchange Commission, which can be accessed through the SEC website. Company insiders own 1.80% of the company’s stock.

Hecla Mining Company, together with its subsidiaries, discovers, acquires, develops, and produces precious and base metal properties worldwide. The company offers lead, zinc, and bulk flotation concentrates to custom smelters and brokers; and unrefined gold and silver bullion bars to precious metals traders.