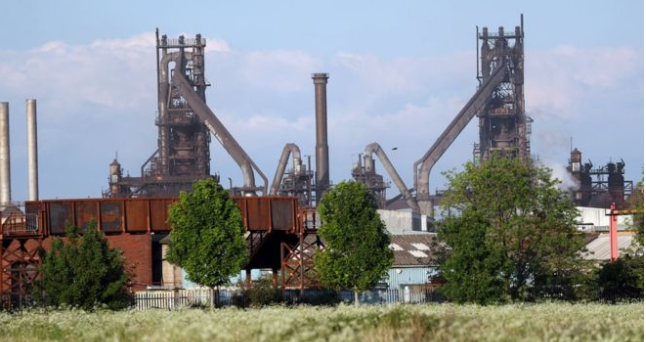 Bidders for the beleaguered British Steel have until the end of Sunday to put in offers for all or part of the firm.

About 10 bids are expected for the business, which was put into compulsory liquidation in May, directly threatening 5,000 jobs and endangering 20,000 in the supply chain.

Should a buyer not be found, the firm would be wound up.

However, any further bids received next week could be considered.

Why was British Steel liquidated?
British Steel has been facing a tough global steel market, especially in competition to China, but it attributed its current woes to Brexit and tension between the US and China.

It said it struggled with the weak pound, which took a dive after the Brexit referendum.

It was also hit by an EU decision to suspend access to free carbon permits until a Brexit withdrawal deal can be hammered out.

British Steel was given a £100m loan from the government to pay off an EU carbon bill in April.

But the firm was placed in compulsory liquidation in May after a breakdown in rescue talks between the government and former owner Greybull Capital, which was seeking a further loan of up to £75m.

The role of Greybull in the collapse of British Steel has also been questioned.

In May, British Steel, its shareholders and the government decided they could not or would not support the business.

As a consequence, the company was not in a position to pay for an administration.

The government’s Official Receiver then took control of British Steel as part of the liquidation process, and started looking for a buyer or buyers.

Who is bidding?
The firms have all signed non-disclosure agreements as part of their bids.

However, a number of firms are understood to have put in offers for all or part of the business.

Former owner Greybull Capital, India’s JSW Group, and Sanjeev Gupta’s GFG Alliance are understood to be among the interested parties.

What will happen if no bids are accepted?
If a buyer or buyers can’t be found, the company will be wound up and the workers made redundant.

However, the Unite union called for the government to step in and buy British Steel if bids are unsuccessful.

“Should a responsible buyer for the whole of the company not be found then we would urge the government to bring the steelmaker under public control.

“Steel is a foundation industry and British Steel is a central pillar of UK manufacturing, sustaining communities and thousands of jobs.”

However, one potential option could be the government taking a stake in partnership with a private sector firm or firms, a source said.

But the Department for Business, Energy and Industry Strategy said its focus was on finding a buyer.

Business Secretary Greg Clark has been meeting suitors for the firm, it said, as well as management, trade unions, local politicians, and supply chain and industry representatives.

“We are working tirelessly to secure a future for British Steel,” it added.

What happens next?
Sunday’s deadline is part of an ongoing process of finding a buyer for British Steel.

It should let the Official Receiver draw up a shortlist of firms that are interested in taking over, or taking a stake in, British Steel.

However, it could be several weeks before a buyer or buyers are announced.

Scunthorpe in Lincolnshire, with its giant British Steel plant, is heavily reliant on the firm. There are 3,000 employees in the town.

There are a further 800 workers on Teesside and in north-eastern England.

The rest are in France, the Netherlands and various sales offices round the world.

Their wages have been picked up by the government since the firm was put into liquidation.

Sunny Spain is still shoring up the troubled travel industry