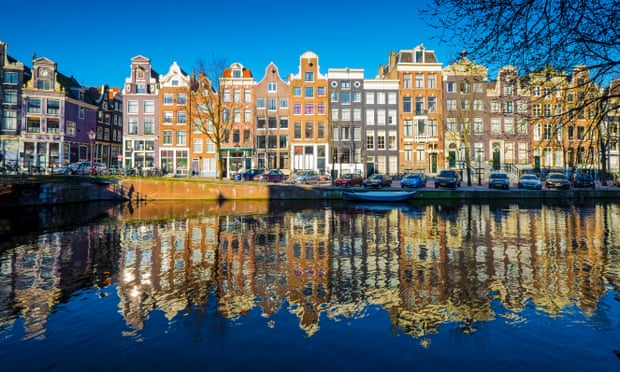 One of the Netherlands’ most prestigious museums has fuelled fresh debate over the the country’s colonial past by deciding it will no longer use the term Golden Age to describe the 17th century when it was at its pinnacle as a military and trading power.

The Amsterdam Museum said that in an attempt to be “polyphonic and inclusive”, the common description of the century in which the Netherlands bestrode the world stage would be banned from its exhibits.

The museum said the term Gouden Eeuw did not do justice to those who were exploited during the era in which the Netherlands was at the forefront of scientific discovery and artistic achievement.

Tom van der Molen, the curator of the 17th century at the museum, said: “The Golden Age occupies an important place in Western historiography that is strongly linked to national pride. But positive associations with the term such as prosperity, peace, opulence and innocence do not cover the charge of historical reality in this period. The term ignores the many negative sides of the 17th century such as poverty, war, forced labour and human trafficking.”

The museum said the term would not be used in future exhibitions and that the name of the museum’s permanent collection will be changed from Dutch in the Golden Age to Group Portraits of the 17th Century.

The treatment of the Dutch colonial period in public spaces has become a matter for keenly contested debate in recent years with street names changed and questions raised about the relevance of statues celebrating military heroes of the past.

When the Mauritshuis museum, which is home to a host of national treasures including Vermeer’s Girl With a Pearl Earring, removed a bust of its namesake from the museum’s foyer in 2018, the prime minister, Mark Rutte, cautioned against “judging the distant past through today’s eyes”.

Count Johan Maurits van Nassau-Siegen, a cousin of the Prince of Orange, was governor of the Dutch colony in Brazil in the 1630s.

In response to the Amsterdam Museum’s decision, Zohair el Yassini, an MP for the governing centre-right VVD party, said the institution had “lost the plot completely”.

He told De Telegraaf: “First we had to change the street signs, then the statues had to go and now the whole Golden Age is for the scrapheap? It’s a bit cowardly to want to rewrite history.”

Michel Rog, a spokesman for the Christian Democratic Appeal party, said: “This name change is a hyper-correct idea of ​​the Amsterdam elite and actually too ridiculous for words. “Erasing the past is nonsense. Just explain that the Golden Age also had negative sides. There is nothing wrong with that. Just like a little national pride. Nothing wrong with that either.”

As part of its move to broaden its coverage of history, the Amsterdam Museum is holding a symposium this month about untold stories from the 17th century. It will open with an exhibition entitled Dutch Masters Reviewed, about 13 Amsterdam residents and visitors of colour from the 17th and 18th centuries.

Judikje Kiers, the museum’s director, told the daily newspaper Het Parool: “These are important steps in a long process, but we are not there yet. We will continue to work with people in the city to uncover underexposed stories and perspectives of our shared history.”

The Rijksmuseum, another of the Netherlands’ most high-profile museums, said it would continue to use the term Golden Age. The institution’s director, Taco Dibbits, told the broadcaster NOS: “The name refers to a period in history of great prosperity. That does not alter the fact that we acknowledge the dark side of this. The Rijksmuseum approaches history from different perspectives. For example, we are opening an exhibition on slavery next year.”