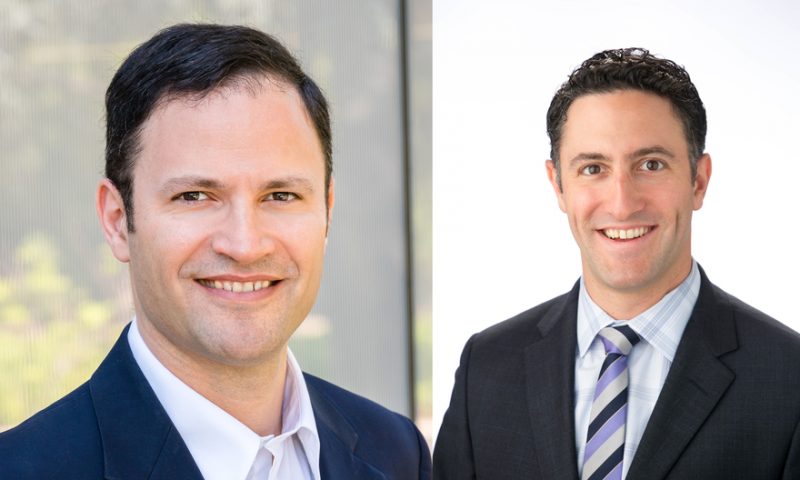 Corneal transplantation can help people who are losing their sight thanks to degenerating corneas, but it’s “probably the most aggressive surgery” that already highly trained corneal specialists do, said Roger Goldberg, M.D., a retinal surgeon. “It’s not a decision they make lightly,” he added.

That’s why Goldberg and his brother, Jeff Goldberg, M.D., a professor and chair of ophthalmology at Stanford University who specializes in glaucoma, started (PDF) Menlo Park, California-based Emmecell, with Jeff as director of the board and Roger as chief financial officer.

The duo aims to make the complex transplant surgery, which can take up to a year to heal from and fails up to 20% of the time, a relic of the past by using a combination of magnetic nanoparticles and external magnets in a cell therapy to correct corneal edema, or corneal swelling.

Jeff, who came up with the idea for the technology in what he calls an “aha! moment” while he was at the University of Miami, said the method eliminates the needs for a donor cornea, a trained specialist and a complicated procedure.

“Instead of having to go to surgery, (the patient) could just get a shot of the cell into their eyes; it could be sitting in a chair. And then, because these are magnetic cells, the patient would wear a magnetic patch for one or a few hours on the outside of their eye, over their closed eyelid,” he said. “That could be the entire process for them.”

Not only does this simplify the procedure, it also solves one of the biggest challenges for cell therapies: making sure the cells stay in place. “We’re using magnetic nanoparticles and a magnetic field to move cells around and get them to localize and integrate into the target tissue,” Roger said.

“This platform technology of magnetic cell delivery … is not just not just a kind of cute differentiator, but really an important component to making cell therapy work,” Jeff added.

This pared-down approach means countries with less robust organ donation programs or fewer specialists than the U.S. can meet the demand for surgeries. It also lowers the cost of treatment, increasing access for underserved communities and those with mild forms of the condition.

The brothers estimate that the demand for treatment with Emmecell’s technology could increase eight- to tenfold from the 2019 figure of over 85,000 annual corneal transplant procedures. Patients may opt out currently due to “the cost of surgery, the trauma of surgery, (or) an eye doctor says, you know, ‘just gotta push through a little longer, let’s see how you do,’” Jeff said.

Given the brothers’ background, they started with testing the technology on patients with corneal edemas, but they also see it being useful in patients with retinal disorders, such as glaucoma and macular degeneration. Expanding beyond the eyes, the technology may also be tested in heart tissue after patients suffer heart attacks, or in joints for patients with orthopedic issues, they said.

The company exits stealth mode upon the FDA’s approval of its IND application. Emmecell’s team plans to test several doses of EO2002 in its Phase 1 trial scheduled to begin in early 2021.

Medicxi raises €200M to take 6 biotechs deeper into the clinic