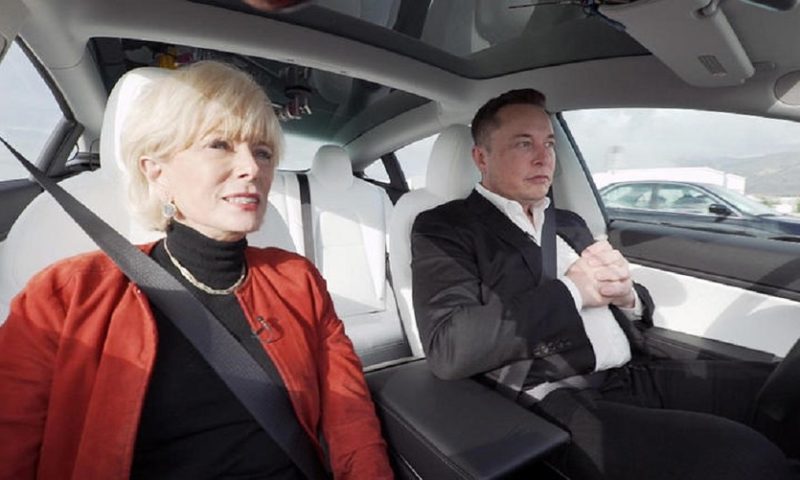 ‘There’s been relentless criticism, relentless and outrageous and unfair. Because what actually happened here was an incredible American success story. All these people work their ass off day and night to make it happen. And they believe in the dream. And that’s the story that really should be told.’

That’s Tesla TSLA, +0.26%  boss Elon Musk explaining to Leslie Stahl on “60 Minutes” how the haters are missing the whole point when it comes to the future of his electric car company. Specifically, Musk pointed to how he set and met the production target of 5,000 Model 3s a week and also made Tesla a profitable company, even as it flirted with bankruptcy.

“If you’re trying to step up to something which is, you know, 1,000% more than any other program that you’ve ever done, it’s necessarily — you have to bet the company. There’s no option,” he said. “It was life or death. We were losing $50, sometimes $100 million a week. Running out of money.”

Aside from his defense of the business, Musk addressed some of his recent erratic behavior, such as the very public marijuana smoking.

“I do not smoke pot, as anyone who watched that podcast could tell, I have no idea how to smoke pot,” he said. “I don’t know to smoke anything, honestly.”

And for those who have called him unstable and reckless?

“I’m just being me. I mean, I was certainly under insane stress and crazy, crazy hours,” Musk said. “But the system would have failed if I was truly erratic.”

The conversation turned to Musk’s antics on Twitter, which he described as “a war zone.” He didn’t pull any punches when he was asked about the SEC charge of securities fraud following his infamous “funding secured” tweet.

The interview also touched on his childhood — “it was terrible”… on his father — he “has serious issues”… and on his desire to get the chairman title back after losing it as part of the SEC settlement — “I actually just prefer to have no titles at all.”