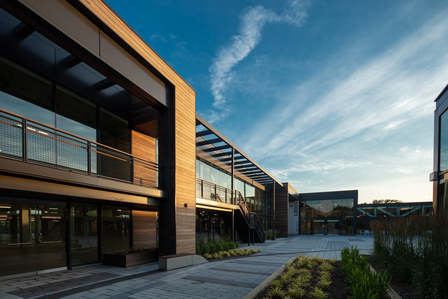 After launching multiple companies and signing some partners, ElevateBio is grabbing another $525 million to fuel its work in cell and gene therapy. The funds will bolster its technology and manufacturing capacity and bankroll more partnerships as it works on its own pipeline.

MPM Capital colleagues Mitchell Finer, Ph.D., David Hallal and Vikas Sinha co-founded ElevateBio to surmount a key hurdle in cell and gene therapy: manufacturing. The company launched in May 2019 with $150 million and a mission to build a group of companies to work on these treatments.

Since then, ElevateBio has unveiled AlloVir, a company working on cell therapies against viruses, including SARS-CoV-2; HighPassBio, which is developing T-cell immunotherapies based on research from the Fred Hutchinson Cancer Research Center; and gene-editing-focused LifeEdit Therapeutics.

It’s also signed Massachusetts General Hospital and TCR2 Therapeutics as partners and raised $170 million in series B funds to advance its programs and get its centralized R&D and manufacturing hub, ElevateBio BaseCamp, up and running.

ElevateBio isn’t just here to serve as a contract development and manufacturing organization for young companies that haven’t yet built their own facilities. It wants to rethink the way cell and gene therapies are made.

“I’ve been thinking about this for a number of years,” said Finer, the former chief scientific officer of bluebird bio and CEO of multiple biotech companies. “Over the history of cell and gene therapy, we are now seeing products getting successfully onto the market.”

But that journey isn’t a simple line from A to B: “It’s a question of how you preserve the biology you see in the lab and take that through preclinical research, pharmacology, toxicology, phase 1 and then late-stage development, plus commercial,” Finer said. “Do you have a robust enough set of analytical tools to characterize that viral vector or cell therapy product to make sure its properties don’t change?”

With its new funding, ElevateBio will continue to develop the tools and technology to not just ramp up manufacturing of cell and gene therapies but also to understand how scaling up affects those treatments.

“We are producing billions of virus particles and billions of cells, and cells don’t normally do that. They expand in an orderly fashion during human development, and we are causing a lot of stress to the system,” Finer said.

ElevateBio is working with its partners and portfolio companies to understand how these types of treatments respond to those stresses and use that know-how to design and build better cell and gene therapies in the future in hopes of getting more programs from the clinic through approval and to patients.

Besides AlloVir, HighPassBio and LifeEdit, Elevate has several other companies it’s working on that it will roll out over the course of this year, Finer said.

Bicara debuts with $40M from Biocon to bankroll bifunctional antibodies