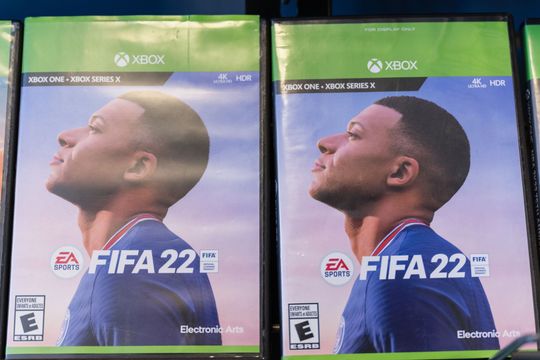 Electronic Arts Inc. shares rose in the extended session Tuesday after the videogame publisher reported a mixed bag of slight beats and misses in both its results and outlook.

Hours before its earnings report, EA confirmed on Tuesday reports that it was rebranding its biggest franchise, its FIFA soccer game, after negotiations with soccer’s world governing body, the Federation Internationale de Football Association, ended without an agreement to continue the nearly 30-year partnership. EA said its FIFA game had more than 150 million active accounts.

Known for its sports franchises like “Madden NFL” as well as action titles like “Apex Legends” and “Battlefield 2042,” the company reported fiscal third-quarter net income of $225 million, or 80 cents a share, compared with $76 million, or 26 cents a share, in the year-ago period.

Genocea’s Atlas no longer holding up sky, as biotech moves for sell off