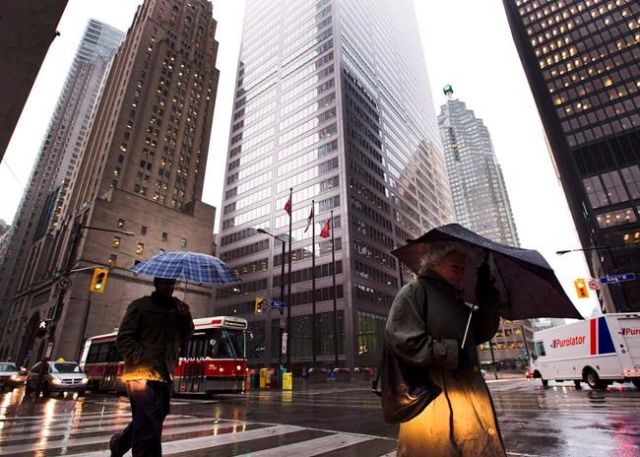 The Canadian economy entered 2018 on an unexpectedly impressive run. The country begins 2019 on a healthy note but signs of weakness have raised a key question: how long until the good times come to an end?

Through much of 2018, Canada’s unemployment rate hovered near a 40-year low and job-creation remained strong as the evidence pointed to an economy going at close to full tilt.

The handoff was a good one, too — the country had posted three-per-cent growth for all of 2017, largely thanks to strong household spending. We’ll have to wait a little for the final numbers but forecasters say 2018 has likely delivered still-sturdy growth of about two per cent.

But as 2019 approaches, there are worries the solid economic expansion is starting to show its age.

Last month, the federal government’s fall economic statement projected two-per-cent growth again for 2019, but many predict the number will likely come in lower following a recent drop in oil prices.

In addition to the pullback in crude prices, experts point to jitters in the financial markets, predictions the American economy — a key contributor to Canadian growth — will start to cool off and the United Kingdom’s difficult divorce from the European Union, which could ripple across the global economy.

There’s also potential for an even bigger threat: an escalation of the trade war between Washington and Beijing.

On trade, Canada made it through a year filled with significant uncertainty, including the difficult negotiation and signing of an update to the North American Free Trade Agreement.

Many of the trade unknowns, however, will carry over into the new year. The road to NAFTA 2.0’s ratification could bring more drama, punishing American steel and aluminum tariffs remain in place and the clash of superpowers between Canada’s two biggest trading partners continues to play out.

“We have to make sure that we are prepared for rough waters if we encounter them.”

In Canada, potential trouble spots include the combination of high household debt, rising interest rates and slowing wage growth that’s been “terrible” for about half a year following a good pickup early in 2018, says Matt Stewart, director of economics for The Conference Board of Canada.

Higher interest rates, Stewart added, have delivered a hit to household spending, which has been the primary driver of Canada’s good economic fortunes.

“It’s been a long time since we’ve had a recession,” Stewart said. “As of yet, I think most of the news is still positive, but there is a growing amount of risks.”

US stock markets rally after slide