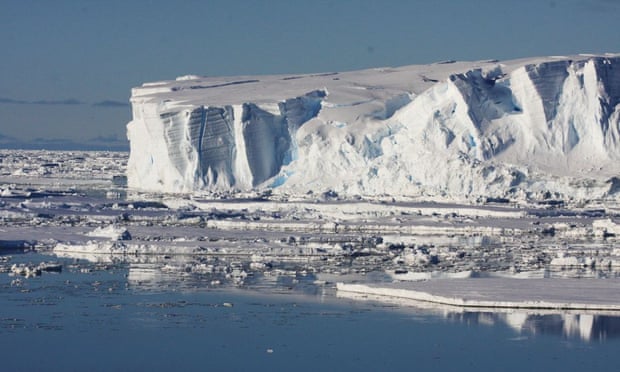 A group of glaciers spanning an eighth of the East Antarctica coastline are being melted by the warming seas, scientists have discovered.

This Antarctic region stores a vast amount of ice, which, if lost, would in the long-term raise global sea level by tens of metres and drown coastal settlements around the world.

Freezing temperatures meant the East Antarctica region was until recently considered largely stable but the research indicates that the area is being affected by climate change.

The vast Totten glacier was known to be retreating but the new analysis shows that nearby glaciers in the East Antarctica area are also losing ice.

To the east of Totten, in Vincennes Bay, the height of the glaciers has fallen by about three metres in total since 2008, before which no loss had been recorded.

To the west of Totten, in Wilkes Land, the rate of height loss has doubled since 2009, with glaciers losing height by about two and a half metres to date.

The data comes from detailed maps of ice movement speed and height created by Nasa from satellite information.

Alex Gardner, a glaciologist at Nasa’s jet propulsion laboratory in Pasadena, California, said: “The change doesn’t seem random, it looks systematic. That hints at underlying ocean influences that have been incredibly strong in West Antarctica. Now we might be finding clear links of the ocean starting to influence East Antarctica.”

Ice in West Antarctica is already in serious retreat, with scientists reporting a threefold acceleration in recent years, meaning it is vanishing faster than at any previously recorded time.

In April, researchers found that hidden melting beneath the ocean surfacewas also increasing, putting Antarctica on track to overtake Greenland as the biggest contributor to sea-level rise.

Without big cuts in carbon emissions, the melting will continue for thousands of years.

Catherine Walker, at Nasa’s Goddard Space Flight Centre, in Maryland, used ocean temperature measurements from seals who had been tagged with sensors, as well as computer modelling, to show that the heat delivered to the glaciers in Wilkes Land and Vincennes Bay had increased. Changes in winds and the extent of sea ice are thought to have altered currents.

East Antarctica is extremely remote and relatively little studied. What happens to the glaciers will depend on how exposed to warmer water they are, and that depends on the shape of the land beneath them and the sea bed ahead of them.

“Heightened attention needs to be given to these glaciers,” said Gardner. “We need to better map the topography and the bathymetry. Only then can we be more conclusive in determining whether these glaciers will enter a phase of rapid retreat or stabilise.”

The discovery could mean much higher sea level rises than anticipated, said Chris Fogwill, a professor at Keele University in England, who was not part of the Nasa research.

“The finding has very serious repercussions for climate change and particularly sea-level rise. It has the potential to mean that our sea-level projections could be [in] an order of magnitude higher than we’re anticipating.”

Stocks up loonie down

Chaos and the chocolate factory as leak smothers German street