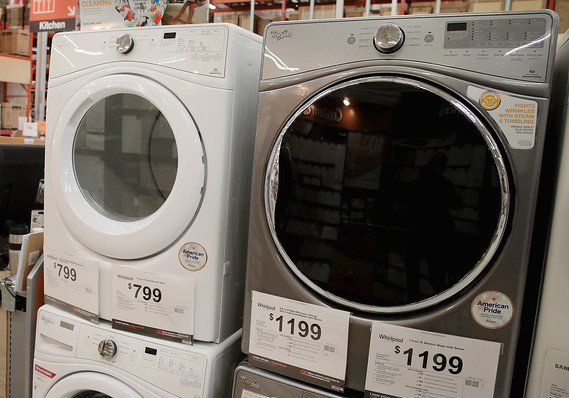 Companies boost investment in January by most since last July

The numbers: Orders for long-lasting durable goods rose in January for the third month in a row and business investment posted the biggest increase since last summer, indicating a key segment of the economy is still expanding at a steady if unspectacular pace.

Orders rose 0.4% in January, according to a government report delayed because of the partial federal shutdown earlier this year. Economists surveyed by MarketWatch had forecast a 0.1% decline.

If transportation is stripped out, orders dipped 0.1% owing to decline in bookings for new cars and trucks.

What happened: Orders in January rose by for commercial aircraft, machinery, transportation equipment and networking gear.

Along with a 1% decline in autos and parts, orders also fell for industrial metals and computers.

A key measure of business investment, known as core orders, rose 0.8% in January to mark the biggest increase since last July. Investment had fallen in five of the prior six months

Companies pared investment toward the end of the year as interest rates rose and ongoing trade dispute with China disrupted supply chains and business planning. The yearly rate of investment rose slightly to 4.1% in January, but it’s down sharply from recent peak of 13%.

Big picture: By most measures the industrial side of the economy has gotten off to a slower start in 2019.

A weaker global economy and stronger dollar have curbed exports and could limit growth in the months ahead, even if the trade dispute with China is resolved. And rising manufacturing inventories bear watching: That might be a sign that sales continue to soften.

Most economists think investment will remain sluggish this year, but some contend it will pick up again. They say rising wages and a shortage of skilled workers are likely to spur businesses to spend more on automation and other labor-saving technology. The recent drop in interest rates might also help.

What they are saying?

“The bounce in January capital goods orders and shipments is consistent with our view that strong investment spending will continue into 2019,” said economist Andrew Hollenhorst of Citibank. “We continue to believe that a slowdown early in the year will be shallow.”

“The trend is still weak,” said Neil Dutta, head of macroeconomics at Renaissance Macro Research.”That said, the rebound in investment spending is a reminder of how quickly looser financial conditions can help.”

Market reaction: The Dow Jones Industrial Average DJIA, +0.58% and S&P 500SPX, +0.69% opened slightly higher in Wednesday trades. The Dow was dragged down on Tuesday by sharp losses in Boeing BA, -0.17%  after a number of countries grounded the 737 Max following the second deadly crash in six months.

Tesla to offer first look at Model Y amid worries about demand, margins