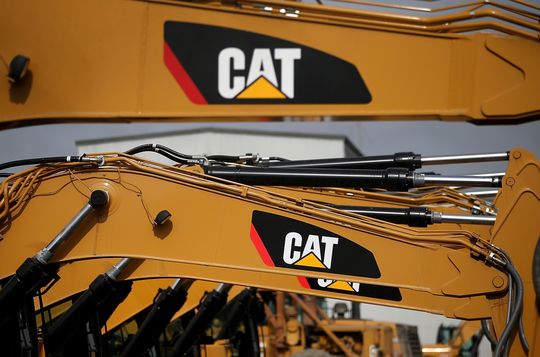 U.S. stocks ended mostly higher Tuesday, with the Dow Jones Industrial Average and S&P 500 index each logging a record close, as the Senate passed a $1 trillion infrastructure bills and investors awaited data due this week on inflation.

What did markets do?

Stocks pushed mostly higher though the delta variant of coronavirus and its potential impact on global economic growth remained in focus.

The gains come as the Senate on Tuesday voted 69-30 to approve a bipartisan infrastructure bill, sending the $1 trillion measure to the House of Representatives for its approval. The bill, known as the Infrastructure Investment and Jobs Act, calls for $550 billion in new public-works spending above what already was expected in future federal investments, including $110 billion for roads, bridges and other projects, as well as $66 billion for rail, $65 billion for broadband internet and $55 billion for water systems.

“We may start seeing the market price in higher infrastructure spending as investors try to get ahead of the game,” said Lindsey Bell, chief investment strategist at Ally Invest.

“Sector ETFs that have cooled in recent months on the back of growth uncertainty, related to the industrials, materials, construction equipment, semiconductors, and electric vehicles arenas, could see a boost as the bill gets closer to President Biden’s desk,” she said.

A fight looms, however, over a $3.5 trillion, Democratic-backed package of additional spending that House Democrats have said must first be passed under budget reconciliation before considering the infrastructure package.

Meanwhile, inflation data, including the release Wednesday of the July consumer-price index, were expected to be in the spotlight.

The CPI reading could affect the timing of the Federal Reserve’s decision to set out a road map for tapering its monthly asset purchases at either the central bank’s Jackson Hole, Wyoming, symposium or the September policy meeting, said Fawad Razaqzada, analyst at ThinkMarkets, in a note.

Economists look for year-over-year inflation to ease to 5.3% in July from 5.4% in June, with the core reading, which excludes volatile food and energy prices, seen easing to 4.3% from 4.5%, he noted.

“If actual numbers come in above these expectations, then we may finally see the stock markets start to fear inflation and the tapering that would come with it,” Razaqzada said, in a note.

“So far, dips in the indices have been bought and the S&P 500 is on a long winning streak. But further improvement in employment data or a jump in inflation would probably bring tapering forward, giving equity market bulls an excuse to lighten up their positions,” he said.

A weak reading, however, could see markets break to new highs on expectations tapering would be pushed back.

Boston Fed President Eric Rosengren said in an interview with the Associated Press late Monday that the central bank should announce in September that it will begin reducing its $120 billion in purchases of Treasury and mortgage bonds “this fall.”

U.S. small businesses confidence fell in July, after hitting the highest level since last November’s presidential election in June, according to a survey released by the National Federation of Independent Business on Tuesday.

In other economic data, the government said U.S. productivity grew 2.3% in the second quarter after a revised 4.3% rise the previous three months.