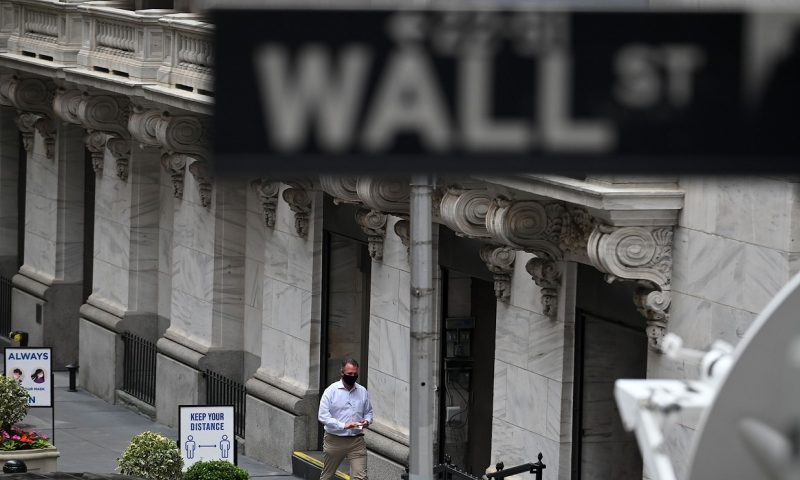 Only one component of the S&P 500 ended in positive territory. Grocery chain Kroger shares rose 0.4%

U.S. stocks on Thursday marked the worst day since the height of the coronavirus-induced rout, amid signs of a re-acceleration of cases of COVID-19, and as investors digested Wednesday’s sobering economic outlook from Federal Reserve Chairman Jerome Powell.

The market moves came even as the number of Americans filing for first-time jobless benefits declined again in the most recent week.

Both the S&P 500 and the Dow finished at their lowest levels since May 26, Dow Jones Market Data showed.

A broad and vicious risk-off mood took hold of Wall Street on Thursday, puncturing a bullish uptrend that had been fueled by signs of progressively successful reopenings from coronavirus lockdowns. However, doubts raised about the pace and quality of the recovery from the current recession raised by Powell on Wednesday and signs of rising cases of COVID-19 forced investors to reassess their positions, experts said.

The number of U.S. coronavirus infections passed the two million mark and over 112,000 Americans have died, according to Johns Hopkins University. Despite fewer cases being recorded in some cities and states, the seven-day average of new cases over the past two weeks is still rising in more than 20 states, leading investors to worry about a second wave of the epidemic just as business activity is resuming.

The global case tally for the coronavirus climbed to 7.39 million on Thursday.. The death toll rose to 417,022.

On Wednesday, the Fed’s updated policy statement and projections indicated that it expects a 6.5% contraction by the end of the year on a year-over-year basis, with the unemployment rate ending at 9.3%, well above the Fed’s estimate of the long-run rate forecast of 4.1%.

The central bank’s dour outlook has a lot to do with the stock market selloff, said Kristina Hooper, Invesco chief global market strategist.

“The stock market has almost had blinders on,” Hooper said in an interview. “More than one in three companies in the S&P 500 are dispensing with earnings guidance. So investors have anchored to data, which has been relatively positive about reopenings in various states, improvements in PMIs and the jobs report last week. In one fell swoop Jay Powell threw a lot of cold water on that narrative.”

Hooper thinks the market moves of this week aren’t necessarily the start of a sustained leg downward. “Typically the initial reaction to the Fed press conference is not the subsequent reaction. There needs to be some digestion by investors.”

President Trump announced he will resume holding election rallies with the first in Tulsa, Okla., on June 19 but he isn’t expected to require that attendees practice social distancing. Meanwhile, U.S. Treasury Secretary Steven Mnuchin said the U.S. shouldn’t shut down the economy again even if there is another surge in coronavirus cases.

In U.S. economic data Thursday, another 1.54 million Americans filed for initial jobless claims, the government said. That beat expectations for 1.565 million people seeking unemployment benefits, according to the Econoday consensus.

Although new jobless claims have been falling since March, more than 2.2 million applications for unemployment compensation were filed in the last week of May through state and federal relief programs. That is almost as many as the 2.5 million jobs regained by the economy in the entire month.

Producer prices moved fractionally upward in May, the government said, notching their first increase in four months. Economists had forecast another decline.

The 10-year Treasury note yield TMUBMUSD10Y, 0.701% fell about 9.3 basis points to 0.651% after the central bank said rates were likely to remain lower for much longer. Bond prices move in the opposite direction of yields.