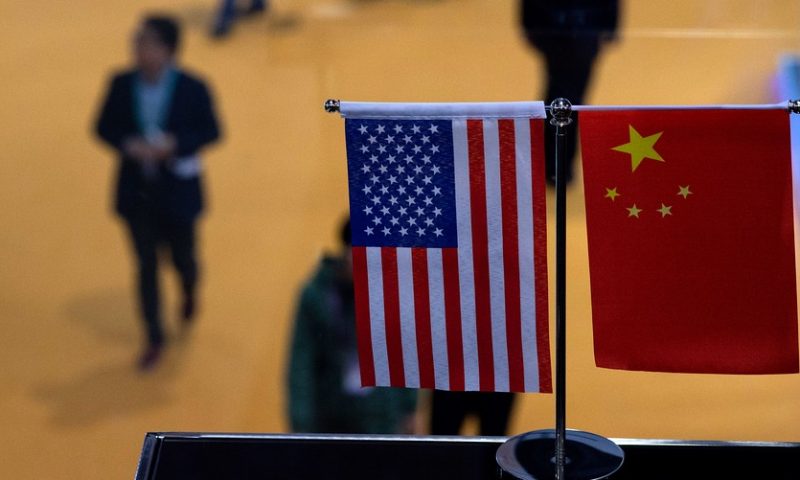 U.S. stocks closed mostly higher Tuesday, with the Dow and Nasdaq ending the day at record highs, as investors welcomed better-than-expected data on the service sector and grew optimistic for a U.S.-China trade deal, a day after all three major equity benchmarks closed at records.

Optimism over negotiations between the U.S. and China remained intact Tuesday, after helping to drive benchmark indexes further into record territory on Monday, even though reports suggest that Beijing is driving a hard bargain against the backdrop of further signs of weakness in the world’s second-largest economy.

As part of a so-called phase one agreement Chinese officials are pushing for the removal of U.S. import duties that have been imposed since September as well as eliminating tariffs that are set to be imposed on Dec. 15 on Chinese imports.

The Wall Street Journal and Financial Times (paywall), citing people familiar, reported that U.S. and Chinese officials were actively considering rolling back some tariffs to complete the partial trade agreement.

Chinese negotiators want the removal of 15% tariffs on about $125 billion worth of goods that went into effect Sept. 1 and the $250 billion of import duties, CNBC reported.

“A month ago it looked like the trade war weakness in manufacturing was spreading to the services sector where the bulk of the economy’s workers toil away, but today, the outlook is sunnier for purchasing managers who aren’t as gloomy on the outlook,” MUFG bank chief economist Chris Rupkey said.

In economic news, the Institute of Supply Management’s U.S. service sector activity index rose to 54.7% in October, up from 52.6% in September. Any reading above 50 indicates improving conditions. But IHS Markit’s U.S. service sector purchasing managers index for October slipped though to 50.6 from 50.9, the weakest reading since February.

The number of U.S. job vacancies slipped in September for the fourth month in a row to 7.02 million from 7.3 million, the government said Tuesday. Openings have declined as companies cut back on hiring with the U.S. economy growing more slowly.

The U.S. trade deficit dropped 4.7% in September to a 5-month low, helped by first oil surplus since 1978, but the U.S. is still on track to post an even larger trade gap in 2019 than it did in 2018. The falling deficit with China tied to higher U.S. tariffs has been more than offset by increasing gaps with other countries such as Mexico, South Korea, Japan and Vietnam.

Meanwhile, the U.S. corporate earnings reporting season is winding down, with about 75% of the S&P 500 companies that have reported topping analyst expectations, FactSet data shows.

“The stabilization of the fundamentals, both economic and corporate, should provide a cushion to any volatility,” Brad McMillan, chief investment officer at Commonwealth Financial Network said. “Overall, the prospect for November is less worrisome than where we started October. And that is not a bad place to be.”

Walgreens Boots Alliance Inc. WBA, +2.62% shares rose 2.6% Tuesday afternoon after a report that the company was considering going private. The stock had risen 8.9% during the previous two sessions.

Shares in Uber Technologies UBER, -9.85% fell 9.9% after the ride-hailing company Monday posted another quarterly loss but forecast that it would reach profitability by the end of 2021.

Boeing BA, +2.05% rose 2.1% after CEO Dennis Muilenburg said he would forgo bonuses this year and chairman Dave Calhoun defended the board’s handling of the 737 Max crisis.