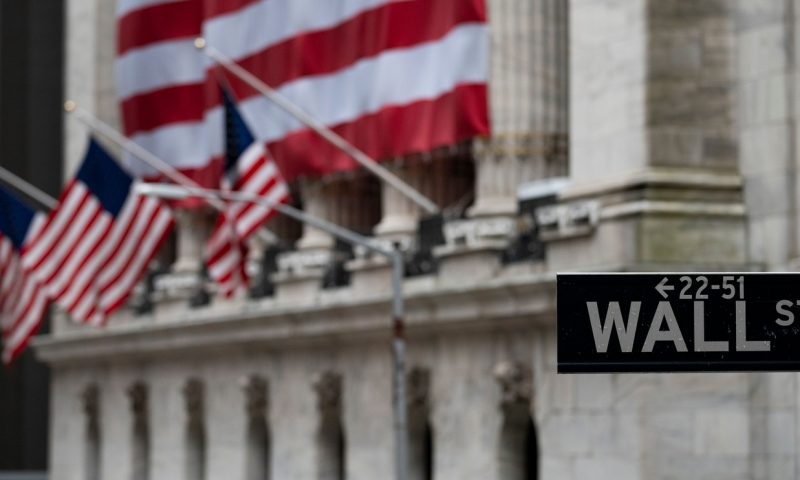 The Dow was down nearly 460 points at Thursday’s lows

The Dow staged the biggest turnaround in about two months on Thursday, as investors overlooked data that showed 2.9 million Americans lost jobs last week, bringing the total unemployed to about 36.5 million since COVID-19 pandemic began.

The Dow Jones Industrial Average US:DJIA was about 377.37 points, or 1.6%, higher at around 23,625.34, helped by gains in American Express Co. US:AXP and UnitedHealth Group Inc. US:UNH. The blue-chip index shook off a roughly 460-point slide in the early part of the session to an intraday low at 22,789.62, with the close higher marking its biggest turnaround since March 19, according to Dow Jones Market Data.

A rebound in large financial stocks helped to turn stocks around in afternoon action, as investor skittishness abated with signs of recovering demand as some U.S. states reopen their economies,.

“Financials led the rally,” J.J. Kinahan, chief market strategist for TD Ameritrade told MarketWatch, adding the banks have been a battered sector as investors worry about the economy and the possibility of negative interest rates, which can undercut a bank’s business model.

The reversal for stocks came despite U.S. economic data showing weekly jobless claims rose by 2.98 million in the week ended May 9. The claims brought the total jobs lost during the coronavirus crisis total to nearly 36.5 million over the past two months, by far the biggest loss in U.S. history, sending the unemployment rate up to over 15%.

Analysts said stocks had been stalling on growing concerns that historic stimulus efforts by central banks and governments won’t be enough to ensure a rapid, or V-shaped, rebound from the economic hit resulting from business and travel shutdowns in an effort to contain the pandemic.

For weeks stock markets have remained buoyant even in the face of huge job losses and poor first quarter corporate earnings, preferring to look forward to a slowly recovering economy.

Despite all the questions about the post-COVID-19 pandemic landscape, Diane Jaffee, senior portfolio manager at TCW believes multiple signals show the economy has hit bottom, and is starting to grind higher, albeit from a depressed base. The energy sector has provided some tailwind so far in the second quarter, and investors might look to the early release of bank stress tests for some confirmation of the health of financials, Jaffee said in an interview.

However, Minneapolis Federal Reserve President Neel Kashkari said that a “V-shaped recovery is off the table.” Speaking during a virtual roundtable discussion on Thursday, Kashkari said the recovery would likely be long and drawn out. While there will be a bounce after the worst GDP contraction in the April-June quarter in history, the economy will be “nowhere near back” to where it was in December 2019, he said.

“Stock pickers are just wildly guessing. At this point, I want to listen more to health experts than investors,” Kashkari said.

The policy makers comments come a day after Federal Reserve Chairman Jerome Powell on Wednesday said the economic recovery would be uncertain and urged lawmakers and the White House to boost spending to help make sure that earlier efforts to bolster the economy in the face of the pandemic would bear fruit.

Crude-oil prices rose on news of production cuts and stronger demand forecasts, with West Texas Intermediate Crude for June delivery US:CLM20 up $2.27, or 9%, to end at $27.56 a barrel.

The dollar strengthened by less than 0.1% against a basket of currency trading partners, according to the US Dollar Index US:DXY.

Oil futures up sharply, with U.S. prices near a 6-week high