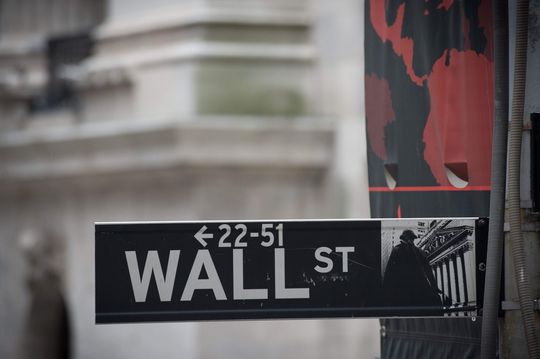 JPMorgan Chase, Bank of America and Citigroup on deck with quarterly results

The Treasury market was closed in observance of the Columbus Day holiday, but other markets remained open as usual. Wednesday’s U.S. consumer-price report for September is the next major data release in the week ahead.

How did major indexes perform?

The path of least resistance was initially higher to start the week of trading, but all three major indexes turned lower on the day after the early rally faded on lingering negative sentiment among investors.

Strategists were still dissecting Friday’s jobs report, which showed that 194,000 nonfarm jobs were added in September.

“What you saw at the open was really a head fake because futures were negative all morning,” said Matthew Tuttle, chief executive and chief investment officer of Tuttle Capital Management in Greenwich, Connecticut. “Buyers came in and tried to rally the market and that failed miserably.”

“Sentiment is fairly negative,” he said by phone. In addition to the prospect of the Fed tapering bond purchases and then raising rates down the road, “there are a whole bunch of inflation numbers this week and people aren’t expecting that to be good news in any way, shape or form.” Moreover, the S&P 500 is below its 50-day moving average and “if you’re trying to sit out there and be a buyer, there’s not a whole lot to grab onto.”

Analysts have expressed concern that supply-chain issues that have spread throughout the global economy will compress profit margins, and that inflation will limit consumer demand. Investors are awaiting Wednesday’s consumer-price index report for September — which could reflect record gas prices, higher shipping rates, and supply constraints —to determine how much longer price pressures might persist.

The yield on the benchmark 10-year Treasury TMUBMUSD10Y, 1.607% rose 14 basis points last week to 1.60%, the biggest weekly gain since Feb. 19. The rise in yields for bonds suggest that, at least, fixed-income investors are anticipating that the Fed will reduce its monthly purchases of $120 billion in Treasurys and mortgage-backed securities.

“Friday’s U.S. employment report was sufficiently mixed to revive the debate over whether the Fed will really go ahead with the planned tapering next month. Despite the headline miss, the underlying numbers should just about meet Chair [Jerome] Powell’s requirement of ‘decent’ and ensure that the existing schedule remains intact,” said Ian Williams, strategist at U.K. broker Peel Hunt.

He added that the third-quarter earnings season will be even more crucial in supporting valuations as yields rise. Major U.S. banks including JPMorgan Chase JPM, -0.41%, Bank of America BAC, -0.16% and Citigroup C, -0.29% are due to report results this week.

On the public-health side, Merck & Co. MRK, -0.44% submitted an application to the U.S. Food and Drug Administration for emergency authorization of what would be the first pill-based treatment for the deadly illness after the company said data from a Phase 3 trial of the treatment, molnupiravir, the oral antiviral medicine, reduced the risk of hospitalization or death in adults at risk from severe COVID-19 by 50%.

New insights into the ‘second brain’ in the gut could inspire treatments for intestinal diseases, MSU team reports