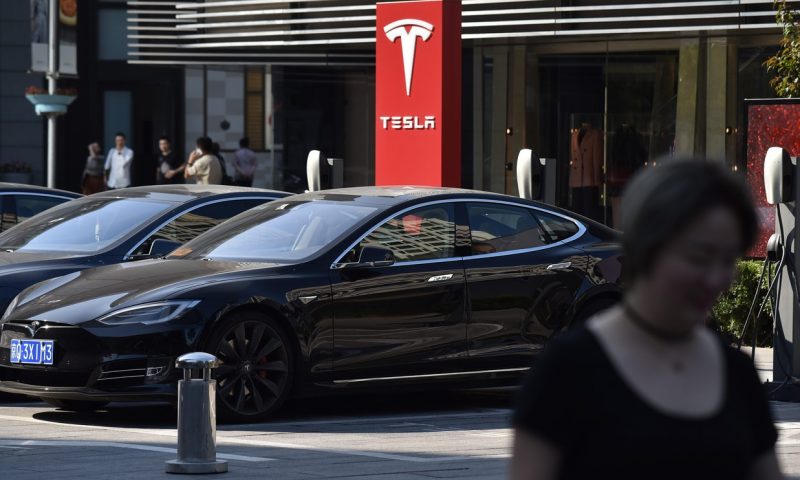 U.S. stocks closed higher Wednesday ahead of corporate results from Tesla and Microsoft, but with buying seen in utilities and other sectors viewed as defensive as Sino-American tensions rise.

Market participants also remain concerned about the status of Congressional negotiations on another financial aid package for businesses and individuals coping with the economic damage wrought by the coronavirus pandemic.

Renewed anguish over relations between Beijing and Washington were back in focus Wednesday after the U.S. instructed China to close its consulate in Houston. The development represented a “political provocation unilaterally launched by the U.S.,” China’s Foreign Ministry said during a regular news briefing in Beijing. “China urges the U.S. to immediately rescind its erroneous decision, otherwise China will undertake legitimate and necessary responses,” the official said.

“It’s certainly an issue today,” said James Ragan, director of wealth management research at D.A Davidson, in Seattle, in an interview with MarketWatch. “The market feels a little more defensive than what we’ve seen. We can attribute that to the China flare up.”

Simmering tensions between the global superpowers raise additional risks for the valuations of multinational corporations already under pressure from a worsening of the coronavirus pandemic in the U.S. and both factors worked to keep recent stock gains in check on Wednesday.

Another concern has been that any additional Congressional economic package won’t arrive before a $600-a-week top-up in jobless benefits runs out for millions of Americans at the end of the month. On Tuesday, Senate Majority Leader Mitch McConnell said Congress is unlikely to pass a new fiscal stimulus bill before lawmakers head to recess in two weeks.

“A tailwind for stocks has been expectations for further stimulus from Washington and that there’s more to follow, which is warranted, given this is an election year,” Scott Clemons, chief investment strategist at Brown Brothers Harriman, told MarketWatch.

“There is a reasonably firm bid underneath stocks in general,” Anik Sen, global head of equities at PineBridge Investments, pointing to signs of improvement in economy activity, as well as more focus on stocks beyond the top one-third driving equity indexes higher. “What I’m seeing now is an improvement in the breath of participation.”

In pandemic news, the number of confirmed cases of COVID-19 cases in the U.S. rose above 3.8 million on Tuesday, data show, as President Donald Trump changed his view of face masks in the face of falling poll numbers ahead of the November elections.

Holding his first White House task force briefings in months on the status of the epidemic on Tuesday, Trump said that the coronavirus outbreak could “get worse before it gets better.” There are now 14.8 million confirmed cases of COVID-19 worldwide and at least 611,599 people have died, the Johns Hopkins data shows.

On the U.S. economic front, existing home sales jumped 20.7% in June, running at a seasonally adjusted annual pace of 4.72 million.

Germany’s DAX XX:188658 lost 0.5%, after a 1% gain on Tuesday as the European Union forged its landmark recovery package.

The 10-year Treasury note yield BX:TMUBMUSD10Y fell 1.1 basis point to around 0.595%. Bond prices move in the opposite direction of yields.

In currency markets, the dollar shed 0.2%, against its six major rivals based on trading of the ICE U.S. dollar index. US:DXY