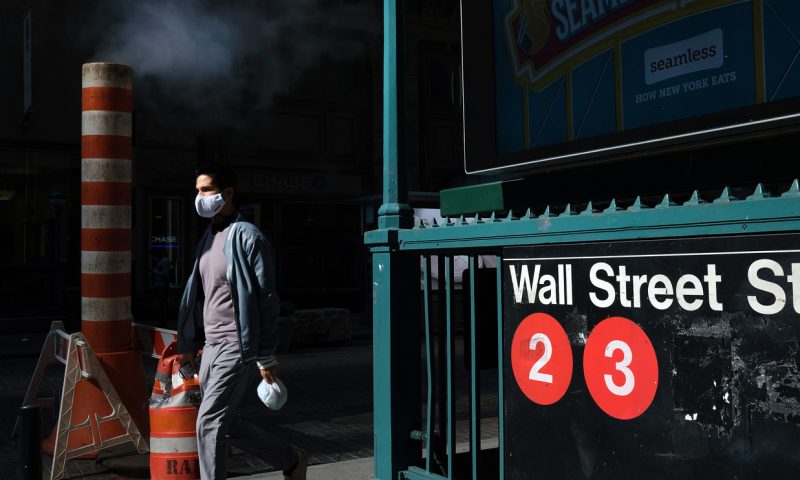 That left the Dow 9.4% off its record close in February, the S&P 9.6% lower than its September all-time high and the Nasdaq 11.8% down from its September record, according to Dow Jones Market Data.

The losses took the S&P 500 within a whisker of a correction, defined as a 10% pullback from a recent peak.

“In big tech, a lot of the growth and momentum in stocks that exploded through the end of August, a lot of that’s retracing,” said Sahak Maneulian, head of equity trading at Wedbush Securities, in an interview. But volatility VIX, +6.40% also has made a comeback, he said, following a long period of dormancy. “We’re in the technical downdraft and it’s very hard to get out of as we get closer to the election and year-end.”

Equities briefly caught a footing in Tuesday’s session, but were pressured again Wednesday amid deep-seated divides in Washington over additional pandemic aid and a resurgence of coronavirus cases in Europe and parts of the U.S., including in Texas, Wisconsin, Oklahoma and Colorado.

“There’s been a worry about what happens going into the fall and winter. That’s on investors’ minds,” said Brent Schutte, chief investment strategist at Northwestern Mutual Wealth Management, of rising COVID-19 cases and political unease ahead of the Nov. 3 general election.

“But I also think investors are reluctant to keep their feet completely out of the market,” he told MarketWatch, pointing to expectations for a safe and effective vaccine to be available at some point next year.

Johnson & Johnson JNJ, +0.15% on Wednesday announced the start of a 60,000-person clinical trial of its single-dose COVID-19 vaccine on three continents, making the drugmaker the fourth experimental vaccine candidate to enter final-stage testing in the U.S.

Skeptics said Tuesday’s brief turnaround for stocks was unconvincing, particularly given the still elevated stock values against a backdrop of tremendous uncertainty.

“After Justice Bader Ginsburg’s passing, the probability of another fiscal package before the election has become quite small.”

Jitters over the potential for a contested presidential election outcome on Nov. 3 are also hanging over the market, analysts said.

Even after November’s election, investors should brace for potential protests against it, the uncertain timing and rollout of a vaccine, and more, said Peter Andersen, founder of Andersen Capital Management, in an interview.

“I tell investors to focus on stocks that almost have an organic demand for products and services that will remain strong no matter what the election results, the vaccine hysteria, and the national polarization,” he said.

On the economic front, Federal Reserve Vice Chairman Richard Clarida said Wednesday that policy makers won’t contemplate raising interest rates until inflation is clearly back at 2%—and possibly even beyond. Randal Quarles, the Fed’s vice chairman for banking supervision, said he’s optimistic about the outlook but also agreed with Fed Chair Powell that continued support will be required to sustain a robust recovery, in a Wednesday speech.