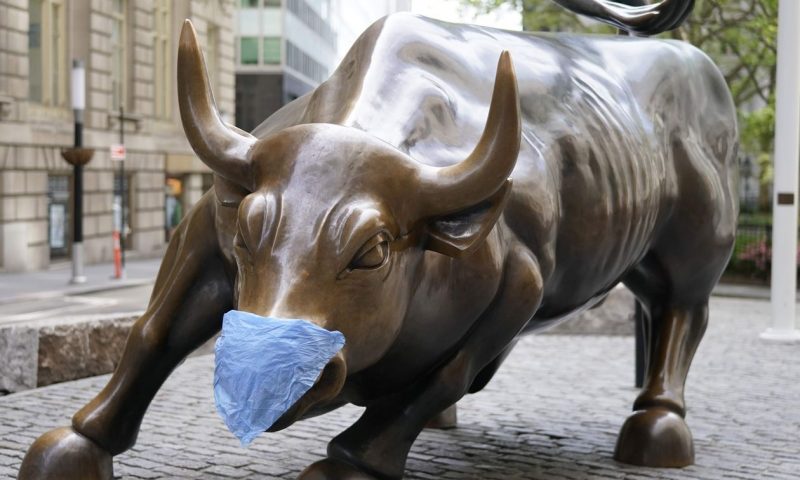 ‘This country is in bunker mode,’ says Peter Andersen

Despite the uncertainty around the presidential vote, Wall Street notched its best weekly performance since April. The S&P 500 ended up 7.3% and the Nasdaq jumped 9%, respectively, for the week. The Dow rose 6.9% this week.

The election week rally was attributed in part to expectations for a Biden win coupled with diminishing chances of a Democratic takeover of the Senate which would make it difficult to repeal the 2017 corporate income tax cut or tighten financial regulations.

“At least the market has a narrative: A Democrat President who doesn’t control the Senate, will be less combative on trade, but will be more limited where fiscal policy is concerned,” said Kit Juckes, macro strategist at Société Générale, in a note.

“This leaves a bigger role for the Federal Reserve, which means even lower rates for longer, even more QE for longer,” he wrote. “So the dollar is weaker, spreads are tight, equities have rallied around the world this week and volatility is (even) lower than it was.”

Control of the Senate, however, might not be clear until January, with a pair of races in Georgia potentially headed to runoffs.

While the drama around the U.S. election has been in focus all week, the Labor Department on Friday said the U.S. economy added 638,000 jobs in October, topping expectations for a gain of 503,000 but a slowdown from the pace seen since the labor market began to recover from the COVID-19 pandemic in May. The jobless rate dropped to 6.9% from 7.9%.

“The continuing Improvement in labor market conditions is unambiguous, but so is the slowdown in the pace of gains,” said Jim Baird, chief investment officer of Plante Moran Financial Advisors. “The wild card in the outlook is the risk presented by the resurgence in COVID-19 and the path forward for additional fiscal stimulus to help bridge the gap for sidelined American workers.”

Some market participants are even more wary.

“I don’t think this current rally is justified,” said Peter Andersen, founder of Boston-based Andersen Capital Management. “The narrative is that it’s going to be a balanced government, a Democratic president and a Republican senate. If that does turn out to be that, great, but it’s premature. We could have surprises that could really rattle markets.”

“In my years of experience managing investments, I would say this personally has been the most challenging period, up there with 2008, with Y2K, with periods where it’s been really difficult to get a sense of what the future is going to hold,” Andersen said in an interview. “People are being very naive right now thinking that they have a clear picture, and it’s all compounded by the virus. This country is in bunker mode.”

Meanwhile, the continued rise in COVID-19 infections could threaten the economic rebound. The U.S. on Thursday set a fresh record of 121,000 new cases in a single day.

Sanofi Hits the Brakes on Its Hemophilia Program