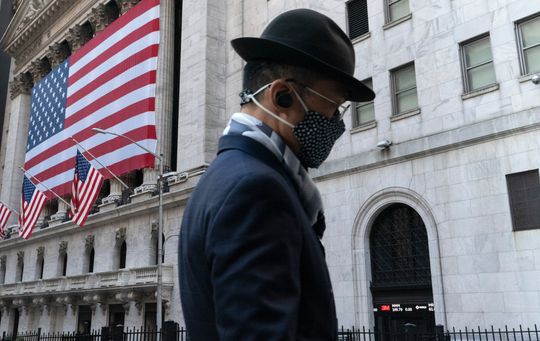 The Dow Jones Industrial Average closed higher Friday, while other major benchmarks slipped at the end of a choppy week of trade marked by concerns about Federal Reserve policy in the face of rising inflation pressures.

How are stock benchmarks performing?

The technology-heavy Nasdaq Composite snapped a 4-week losing streak, while the S&P 500 and Dow each posted a second straight week of losses. The blue-chip Dow has seen losses in four of the past five weeks.

Investors sifted through a light day of data to end another tumultuous week for stocks, with economic reports coming in mixed.

Friday was “pretty quiet” but inflation remains top of mind for investors, Sandy Villere, portfolio manager with Villere & Co. in New Orleans, said Friday in a phone interview. “People are trying to figure out how long the Fed is going to continue to try to keep rates lower for longer.”

However, housing data was soft. Existing-home sales fell 2.7% in April to a seasonally adjusted annual rate of 5.85 million annual rate, according to the National Association of Realtors.

“Tight inventories and rising home prices, which set another record in April, continue to constrain sales, particularly to lower and middle-income households who are often competing with cash buyers for the few homes available,” wrote economists Nancy Vanden Houten and Gregory Daco at Oxford Economics, in a note.

The readings come after the eurozone purchasing managers composite output index for the region climbed to a 39-month high at 56.9, with the services index at a 35-month high; the manufacturing PMI slipped to a two-month low at 62.8.

The broader market was rattled on Wednesday as the nascent crypto market sold off and as investors digested a reading of minutes from the Fed that raised the specter of the central bank at some point ending its accommodative asset purchases.

Some investors and strategists are warming to the idea of pricing pressures in the aftermath of the Covid pandemic being temporary, which has been attributed to some of the rebound in areas of the market that would be harmed by a rapid surge in inflation.

“The idea of temporary inflation seems to be creeping into the minds of the financial community, helping to calm interest in commodities,” wrote Alex Kuptsikevich, senior market analyst at FxPro. “Furthermore, we see politicians in different parts of the world engaging in their ways to combat the inflation threat,” the analyst wrote, in a research note.

On the public health front, the number of global deaths caused by the coronavirus-borne illness COVID-19 is likely far higher than official numbers suggest, the World Health Organization said Friday.

“Based on the excess mortality estimates for 2020, the 3.4 million deaths currently reported to WHO are likely a significant undercount, with true figures at least 2-3 times higher,” said the report.