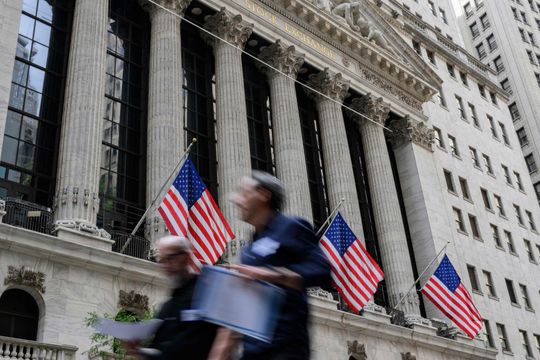 U.S. stocks rose sharply Tuesday, with the main benchmarks seeing their strongest advance in a month, while small caps recorded their best performance in more than 18 months.

Deepening pessimism among investors could serve as a contrarian signal, setting the stage for some near-term upside, analysts said. A closely watched monthly survey by Bank of America showed global fund managers at their most pessimistic since 2008.

Kristina Hooper, chief global market strategist at Invesco, told MarketWatch that stocks were well-positioned for a rebound as corporate earnings reports haven’t been as gloomy as many had feared, while the easing of the dollar has added to tailwinds for U.S. stocks.

Stocks have also benefited from the decline in long-term inflation expectations expressed by the University of Michigan sentiment data released late last week, according to Hooper.

The tone turned more positive Tuesday following a report Monday suggesting Apple AAPL, +2.67% was slowing hiring and spending which revived concerns that higher borrowing costs and rampant inflation were damping corporate confidence. However, International Business Machines Corp. reported “strong” results, which weighed on the company’s shares even as they appeared to bolster the outlook for stocks. The rest of the earnings picture from Tuesday was decidedly mixed.

Tuesday’s rally, on track to potentially be the largest daily gain for stocks since June 24, was led by the tech-heavy Nasdaq Composite, as megacaps Apple AAPL and Alphabet GOOG GOOGL bounced back from Monday’s losses. All of the S&P 500’s 11 sectors were in the green, with communication services, financials, industrials and consumer discretionary sectors up 3% or more.

Looking ahead, investors awaited earnings from Netflix Inc. Investors want to see if the company’s outlook for subscriber growth has improved following a Wall Street Journal report that the company is engaging with potential advertisers for a planned lower-cost advertising-subsidized tier of content. 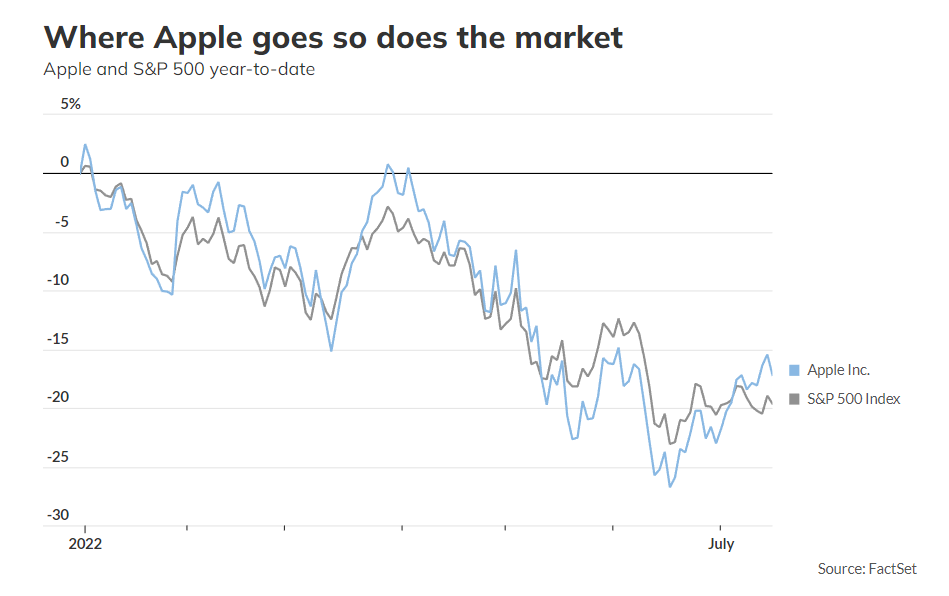 Underpinning sentiment, however, and helping deliver gains on Tuesday, is a mostly positive second-quarter earnings reporting season, where 57% of those companies to have reported so far have beaten earnings per share and revenue expectations, according to S&P Global Market Intelligence.

IBM IBM, -5.25% results were not well-received, however. The tech company beat expectations, but worries about how a strong dollar may impact future earnings pushed the stock lower by 6.1%.

Meanwhile, the U.S. dollar retreated against the euro following reports that the European Central Bank is planning to interest rates by 50 basis points later this week, instead of the 25 it had initially signaled. The euro EURUSD was up 0.5% against the dollar Tuesday afternoon.

Concerns about economic growth are reflected in the U.S. bond market, too. As the Federal Reserve has tightened monetary policy, investors have pushed 2-year yields BX:TMUBMUSD02Y above 10-year yields BX:TMUBMUSD10Y, an inversion of the yield curve that is deemed a harbinger of potential recession. The curve remained inverted Tuesday even as the 10-year Treasury advanced 5.8 basis points to 3.017%.

Data showed U.S. housing starts fell 2% in June, while building permits were down 0.6%. Companies in focus

How other assets traded