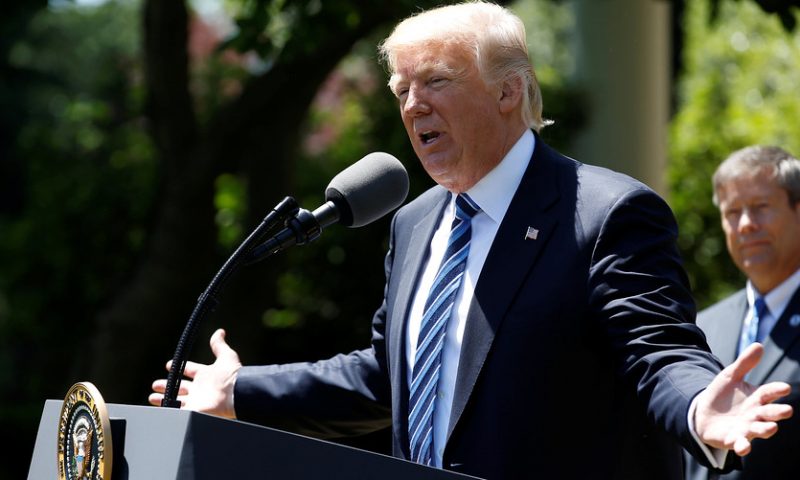 Lately, he’s been blasting the Federal Reserve for raising rates, and he’s steadily urged the central banks to revert to the policies that supported the market during the last crisis, including the resumption of the Fed’s bond-buying program.

“I would say in terms of quantitative tightening, it should actually now be quantitative easing,” he said last week. “You would see a rocket ship.”

On Sunday, he put numbers to that potential “rocket ship” rally:

‘If the Fed had done its job properly, which it has not, the Stock Market would have been up 5000 to 10,000 additional points, and GDP would have been well over 4% instead of 3%… with almost no inflation. Quantitative tightening was a killer, should have done the exact opposite!’

Trump’s tweet comes amid opposition from the Senate over his two picks, Herman Cain and Stephen Moore, for open seats on the Federal Reserve’s Board of Governors. Cain, according to a report from ABC News on Friday, plans to remove his name from consideration.

STMicroelectronics (STM) Shares Gap Up to $17.54