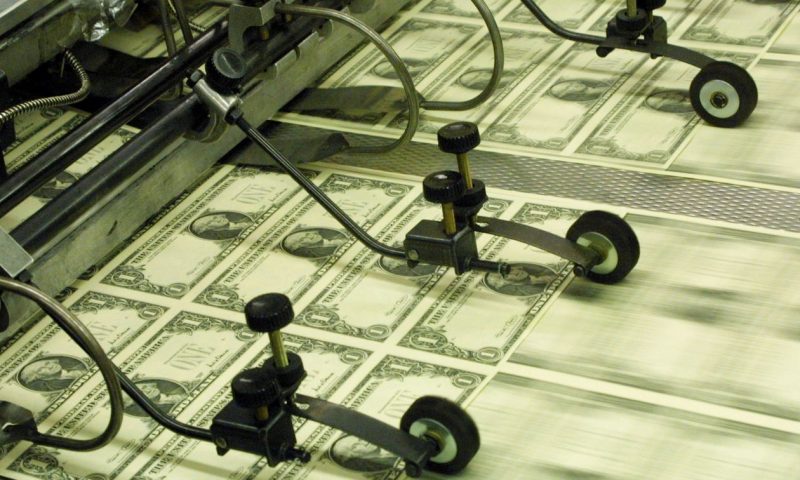 The U.S. dollar went from life preserver to castaway in a topsy-turvy 2020 that many investors think marks the start of a downtrend for the currency.

The index’s fall came after the financial panic created by the COVID-19 pandemic in February and March prompted a rush for dollars that propelled DXY to a more-than-three year high. Action by the Fed, injecting liquidity into financial markets and expanding or establishing swap lines with foreign central banks, was credited with helping the dollar turn south.

“Just under three months into 2020, the dollar was the world’s strongest major currency, though it was marginally weaker against the Hong Kong dollar,” recalled Kit Juckes, global macro strategist at Société Générale, in a note. “Since the Fed’s volley of policy actions in late March however, it is weaker against almost everything” with the notable exceptions of the Turkish lira USDTRY, +0.03% and Brazilian real USDBRL, -0.01%.

The dollar’s weakness was largely welcomed by investors, who see it easing global financial conditions. A weaker dollar is seen as a net positive for U.S. and global equities, including emerging markets.

A weaker buck is also seen as a positive for commodities, which like equities rebounded sharply from pandemic-inspired losses in the spring.

The DXY is heavily weighted toward the euro EURUSD, -0.02%, which fell 0.7% Thursday to $1.2216 but was up 8.9% for the year and hit a 33-month high versus the dollar. The European Central Bank is among the parties not welcoming a weaker dollar, as a stronger euro weighs on prices of imports and makes it more difficult to hit the bank’s elusive target of inflation near but just below 2%.

It would take a move by the euro above $1.25 to push the DXY through support at 88.00, said Brad Bechtel, global head of FX at Jefferies, in a note.

That seems “destined to happen” as 2021 gets under way, he said, with the ECB continuing to deal with the deflationary pressure of a stronger currency and the “persistent virus overhang.”

Juckes noted that the dollar selloff paused in the summer, but that all the major trends data back to late in the first quarter after the Fed took action.

“Maybe the big trend is the one already under way as vaccines do their thing. On that basis, we’re riding a wave of vaccine optimism, underwritten by easing money, into the first half of next year,” he wrote.