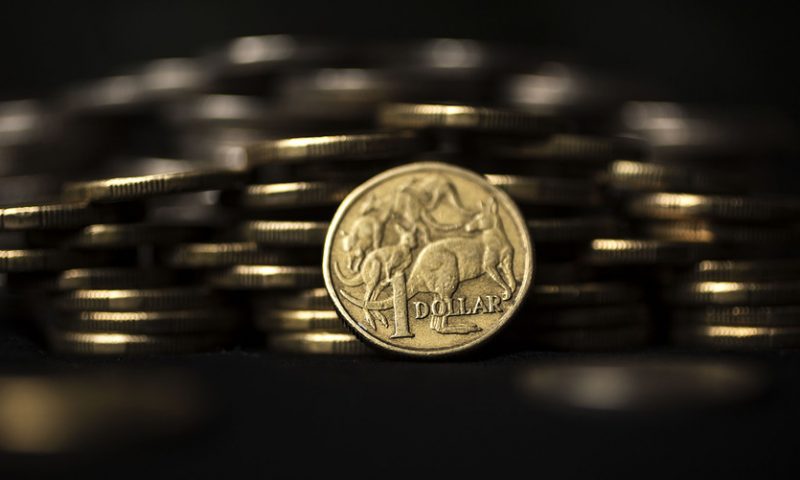 The greenback was holding steady near a 22-month high on Wednesday as strength against the euro was offset by minor losses against other trading partners.

The Australian dollar tumbled as much as 1% on Wednesday after the Australian Bureau of Statistics said consumer prices were flat for the first quarter of 2019, below the 0.2% market consensus.

The weaker-than-expected reading has traders pricing in the likelihood the central bank will cut interest rates later this year. Rate cuts tend to weaken the currency of the central bank involved.

“The message we got from the latest RBA (Reserve Bank of Australia) policy meeting is that the current policy stance may not be consistent with the Bank’s goals and that a rate cut could be possible in the months to come,” wrote Charalambos Pissouros, senior market analyst at JFD Bank.

“So, having all that in mind, we believe that the overnight inflation data may have prompted market participants to raise more bets with regards to a rate cut in the months to come and that’s why the Aussie fell off the cliff.”

Chart of the day – German IFO

The German IFO Business Climate Index came in below market expectations. But the worse-than-expected reading didn’t weigh too much on the shared currency, with the euro EURUSD, -0.2939%  trading down 0.2% at $1.1206.

Other G-10 currencies were mostly unchanged to begin Wednesday.

It’s a quiet day on the local data front but the slew of corporate earnings continues both before ands after the bell.

Elsewhere, the Bank of Canada meets at 10 a.m. Eastern time where policymakers are widely tipped to leave interest rates unchanged.

S&P 500, Nasdaq close at record highs as earnings surprise on the upside