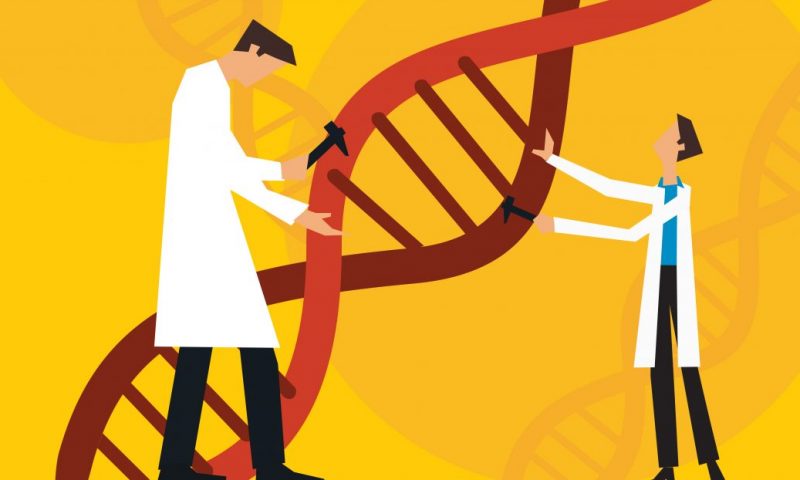 Researchers from the National Cancer Research Center (CNIO) and Massachusetts General Hospital have developed new approaches including machine learning and high-throughput microscopy to visualize DNA repair in detail and have identified new repair proteins. The findings may pave the way for new cancer therapies.

The research is published in the journal Cell Reports in a paper titled, “Assessing kinetics and recruitment of DNA repair factors using high content screens.”

“Repair of genetic damage is coordinated in the context of chromatin, so cells dynamically modulate accessibility at DNA breaks for the recruitment of DNA damage response (DDR) factors,” the researchers wrote. “The identification of chromatin factors with roles in DDR has mostly relied on loss-of-function screens while lacking robust high-throughput systems to study DNA repair. In this study, we have developed two high-throughput systems that allow the study of DNA repair kinetics and the recruitment of factors to double-strand breaks in a 384-well plate format.”

As soon as there is DNA damage, such as a DNA double-strand break, the cell activates a mechanism named DNA damage response that acts like a “call to the emergency services,” explained researcher Bárbara Martínez, a member of CNIO’s metabolism and cell signaling group.

“By knowing how DNA lesions occur and how they are repaired, we will learn more about how cancer develops and how we can fight it. Any new discovery in DNA repair will help develop better cancer therapies, whilst protecting our healthy cells,” added Martinez.

With the help of a machine learning analysis method designed by the CNIO Confocal Unit, the researchers used high-throughput microscopy that allowed them to observe thousands of pictures of cells after induction of genetic damage. In the first phase, they introduced more than 300 different proteins into the cells and evaluated in a single experiment whether they interfered with DNA repair over time. Using this technique allowed them to discover nine new proteins that are involved in DNA repair.

The new approach allows the researchers to study DNA repair and to manipulate it. “An advantage is that both platforms are very versatile and can be used to discover new genes or chemical compounds that affect DNA repair. We have evaluated hundreds of proteins in minimal time by using techniques allowing direct visualization of DNA repair,” concluded Martinez.

Oil Degrading Microbe Grown in Lab for the First Time