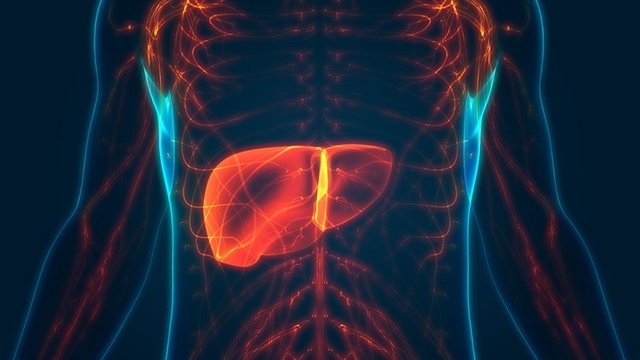 Drug development for the liver condition alpha-1 antitrypsin deficiency (AATD) has had its ups and downs lately, with Arrowhead Pharmaceuticals and Takeda posting phase 2 success and Vertex reporting two failures in less than a year. Now, Dicerna is revealing promising early results for its RNA-silencing drug for liver disease stemming from the rare, genetic disorder.

Patients with AATD have a mutation that causes them to produce these misfolded proteins, which get trapped in the liver instead of being released into the blood like normal AAT proteins. The buildup of abnormal AAT in the liver, coupled with low levels of AAT in the blood, can lead to liver and lung disease. These include liver scarring, cirrhosis and cancer, as well as emphysema.

The company is still waiting on data from six patients who received the highest dose, 12.0 mg/kg.

So far, the investigators have seen no serious side effects. Of the side effects that popped up after treatment, all were mild except for three, which were moderate and deemed unrelated to the drug.

The drug has yet to show whether it can move the needle on liver scarring in addition to AAT reduction, but those results could come next year. Dicerna started a phase 2 study of belcesiran in June and liver biopsy data could arrive as soon as the first half of 2022, wrote RBC Capital Markets analyst Luca Issi in a note to clients on Wednesday. In the meantime, data from a competing program suggest it’s on the right track.

Dicerna is snapping at the heels of tandem Arrowhead and Takeda, which announced phase 2 data for their own RNA-silencing treatment in April. The drug, ARO-AAT, dropped AAT levels and reduced liver scarring in a study testing three to five doses of the drug in 16 patients. Patients in either group could opt into another eight doses of ARO-AAT, each given 12 weeks apart.

After 48 weeks of treatment, liver biopsies showed that four of the five patients who had received at least five injections saw their scarring reduce by at least one stage on a scoring system used to measure scarring and disease progression in liver disease.

The biopsies also showed a decrease in other markers of AATD liver disease in these five patients, including a reduction in levels of the disease-causing protein, Z-AAT, in the liver by 77% to 97%.

Vertex has been working on AATD, too, but the cystic fibrosis specialist is focusing on lung disease caused by the disorder. One of its programs, VX-814, sought to boost levels of AAT in the blood to head off lung disease, but a phase 2 study found the drug caused abnormally high levels of liver enzymes, leading Vertex to abandon it.

A second program, VX-864, worked differently, aiming to prevent the misfolding of AAT so the protein could get out of the liver and into the blood. Although a phase 2 study found that three dose levels of the drug beat placebo at boosting patients’ plasma AAT levels, the drug’s benefit was so small that the company decided it was unlikely to “translate into substantial clinical benefit.”