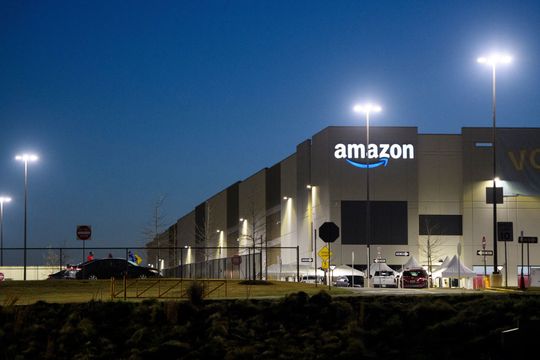 Amazon, in the spotlight over working conditions and facing more than a dozen shareholder proposals, announced at its annual general meeting Wednesday that none of the resolutions passed.

Many of the 14 resolutions on Amazon.com Inc.’s AMZN, +2.57% proxy were worker-related. Among them: examining worker health and safety disparities; a report on the company’s use of concealment clauses in employment, termination and settlement agreements; a report on workers’ rights of freedom of association and collective bargaining; a third-party audit on working conditions; and a report on median gender and racial pay gaps. Three of these resolutions were presented at the meeting by Amazon warehouse workers.

In addition, Amazon warehouse worker Daniel Olayiwola presented a floor resolution urging the company to end the use of productivity quotas and worker surveillance at its warehouse facilities and distribution network.

“Every day, Amazon workers, like me, are injured on the job,” he said, according to the text of his remarks. “Whether you’re a driver, a picker, a stower, when you work for Amazon you put your health and safety on the line every single shift.”

Amazon, which urged investors to vote against all shareholder resolutions, prevailed despite recommendations from influential proxy advisory firms Institutional Shareholder Services and Glass Lewis that investors approve many of the resolutions.

Asset manager Schroders, which has $990 billion under management, had pre-declared that it would vote for three of the proposals, requesting: a report on worker health and safety differences; more information on workers’ freedom of association; and a report on warehouse working conditions.

Marina Severinovsky, head of sustainability for Schroders in North America, said Wednesday afternoon that the vote outcomes were not surprising but that she wasn’t expecting changes to come easily or quickly.

Schroders has engaged with Amazon on worker issues since 2015, Severinovsky told MarketWatch. “It will probably be a multiyear process to change the existing realities,” she said.

She added that there seems to be more political, regulatory and social will to examine worker issues, especially after the coronavirus pandemic “changed how we perceive work and relate to work… It’s the beginning of the momentum.”

Amazon also announced that shareholders approved its executive-compensation program, and that a majority voted for all board members. ISS and Glass Lewis had urged investors to vote against executive compensation, which they called misaligned with performance.

The results are preliminary; the company must file vote tallies with the Securities and Exchange Commission within the next four days.