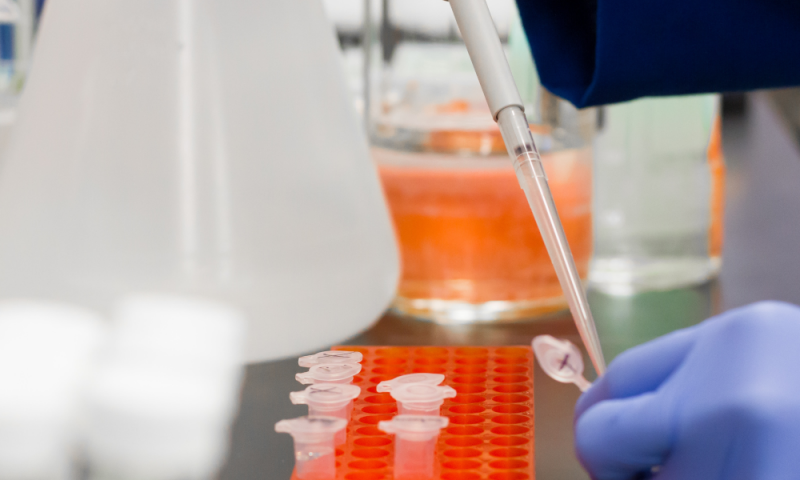 GAINESVILLE, Fla.– Cyclo Therapeutics, Inc. (OTCQB: CTDH), a clinical stage biotechnology company that develops cyclodextrin-based products for the treatment of Niemann-Pick Disease Type C (NPC) and Alzheimer’s Disease, today announced that the final report on “Expanded Access to Trappsol® Cyclo™ for an Individual Patient with late onset Alzheimer’s disease” has been received by FDA, according to investigator-sponsor Diana R. Kerwin, MD, President, Kerwin Research Center. Cyclo Therapeutics collaborated with the Kerwin Research Center in the conduct of the expanded access program over the course of 18 months to evaluate the Company’s drug, Trappsol® Cyclo™, its proprietary formulation of hydroxypropyl beta cyclodextrin, as a potential disease modifying treatment in a single patient with dementia of the Alzheimer’s type. The drug was administered once a month by intravenous infusion.

The final report to FDA states that the drug showed a favorable safety profile as well as encouraging observations of benefit. Safety was monitored by MRIs, ECGs, laboratory safety assessments, and adverse events, all of which supported a favorable safety profile. Neurologic and cognitive features, including memory, were assessed through monthly physician examinations and standard tests, including the Mini-Mental State Examination. After 18 months, the patient showed neurologic and cognitive stability: this is a positive outcome given that persons with Alzheimer’s Disease dementia are generally expected to decline during an 18-month timeframe. Speech fluency also improved as documented by the treating physician’s report of a decrease in latency to word-finding. In addition, mood and behavioral features of the disease improved, such as less agitation, as noted by the patient, the patient’s family and the treating physician.

“We are very grateful for the partnership with the Kerwin Research Center as we evaluated our product in the first geriatric patient to use it. Based on these encouraging findings, we plan to advance our formal clinical trial to evaluate Trappsol® Cyclo™ as a disease-modifying drug for Alzheimer’s Disease,” said N. Scott Fine, Cyclo Therapeutics’ Chairman and CEO. “With this foundational support, we are planning to seek FDA advice on our Alzheimer’s Disease clinical trial design in early 2021.”

“As we work to develop our drug against the global scourge of Alzheimer’s Disease, we are pleased to have as partners the experts at Worldwide Clinical Trials, a world-class clinical research organization with deep expertise in neurologic disorders and Alzheimer’s Disease specifically,” added Sharon Hrynkow, Ph.D., Cyclo Therapeutics’ Chief Scientific Officer and Senior VP for Medical Affairs.

As part of the partnership with the Kerwin Research Center on the expanded access program, Cyclo Therapeutics holds rights to all data for the purposes of commercialization.

Cyclo Therapeutics, Inc. is a clinical-stage biotechnology company that develops cyclodextrin-based products for the treatment of Niemann-Pick Disease Type C and Alzheimer’s Disease. The company’s Trappsol® Cyclo™, an orphan drug designated product in the United States and Europe, is the subject of three formal clinical trials for Niemann-Pick Disease Type C, a rare and often fatal genetic disease, (ClinicalTrials.gov NCT02939547, NCT02912793 and NCT03893071). The company is planning an early phase clinical trial using Trappsol® Cyclo™ intravenously in Alzheimer’s Disease based on encouraging data from an Expanded Access program for late-onset Alzheimer’s Disease (NCT03624842). Additional indications for the active ingredient in Trappsol® Cyclo™ are in development. For additional information, visit the company’s website: www.cyclotherapeutics.com

This press release contains “forward-looking statements” about the company’s current expectations about future results, performance, prospects and opportunities. Statements that are not historical facts, such as “anticipates,” “believes” and “expects” or similar expressions, are forward-looking statements. These statements are subject to a number of risks, uncertainties and other factors that could cause actual results in future periods to differ materially from what is expressed in, or implied by, these statements. The factors which may influence the company’s future performance include the company’s ability to obtain additional capital to expand operations as planned, success in achieving regulatory approval for clinical protocols, enrollment of adequate numbers of patients in clinical trials, unforeseen difficulties in showing efficacy of the company’s biopharmaceutical products, success in attracting additional customers and profitable contracts, and regulatory risks associated with producing pharmaceutical grade and food products. These and other risk factors are described from time to time in the company’s filings with the Securities and Exchange Commission, including, but not limited to, the company’s reports on Forms 10-K and 10-Q. Unless required by law, the company assumes no obligation to update or revise any forward-looking statements as a result of new information or future events.