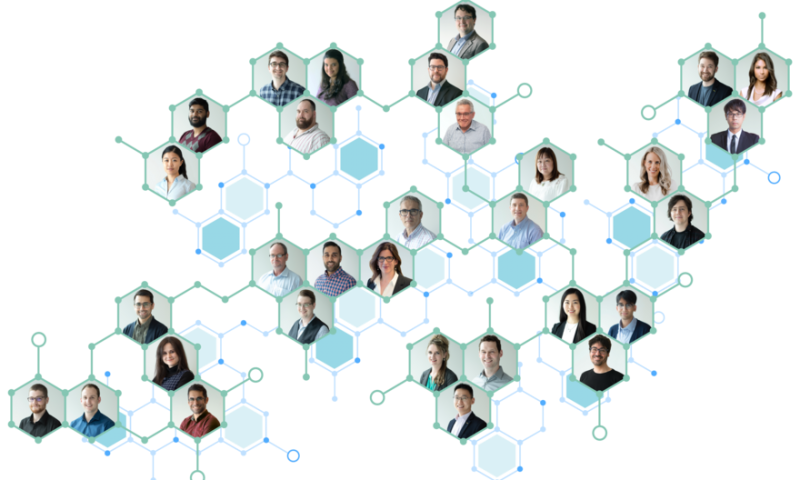 Cyclica started out licensing its drug-design software to biopharma companies, but it quickly realized that route was “simply not inspiring.” Rather than zeroing in on a particular disease area like a traditional biotech or teaming up with a Big Pharma like other drug discovery outfits, the Toronto-based company decided to meld those models. Now, it’s reeling in CA$23 million ($17 million) in series B cash to see its vision through.

In its own words, Cyclica wants to “create the biotech pipeline of the future,” and that means going beyond just five, 10 or 15 shots on goal. It wants to have hundreds—and eventually, thousands—of programs in development to chip away at a variety of diseases for a wide range of patient populations.

To do that, it uses a hub-and-spoke model, under which it works with fledgling biotech companies as well as academic spinouts on drug discovery but doesn’t actually operate any of those companies.

“But it’s not like ‘click, present, sayonara,’” Cyclica CEO and co-founder Naheed Kurji told Fierce Biotech. “We become real partners to them.”

Cyclica has an R&D team that works on its technology, while a business development team goes out and finds partners. A team of applied scientists supports its partners, helping them solve problems in their discovery research.

“Typically, we will find principal investigators or researchers at top universities, or biotech companies that have spun out and have not been able to raise money for whatever reason, but their science is sound,” Kurji added. “We come in and say, ‘you have this unique problem we see as an opportunity.’ We contribute our tech. We become a computational chemistry drug design engine for them.”

Kurji likens the model to a venture capital firm—except that Cyclica is investing its technology rather than venture dollars. To date, Cyclica has inked partnerships or set up joint ventures with Mannin Research, the Genome Institute of Singapore and ATAI Life Sciences as well as pharma players like Merck KGaA and Bayer.

“You can think of that as wanting your pie and wanting to eat it, too,” Kurji said. In this analogy, “decentralizing discovery” among its partner companies is the pie. Eating the pie refers to the Big Pharma partnerships Cyclica strikes to keep the lights on.

“We continue to work with Big Pharma companies and they continue to pay us upfront fees and milestone payments. We are still getting that revenue play, keeping the lights on and building relationships with multinationals, who—at the end of the day—will be the ones evaluating our early-stage portfolio companies for potential partnerships and acquisitions,” Kurji said.

Cyclica counts more than 30 drug discovery programs across its partners, the company said in a statement. It will unveil two more joint ventures, currently in stealth mode, which have more than 50 programs across multiple therapeutic areas.

“The goal is not to create JVs. The goal is to get as many high-quality molecules into the clinic that have the highest likelihood of success to get to patients in the market,” Kurji said. Setting up JVs just happens to be a quick way to do that.

Over the next two to three years, Cyclica wants to create 300 programs and usher multiple into phase 1 studies.

“It’s not our goal for just one program. We want to say we have programs in neuroscience, mental health, oncology and infectious disease,” Kurji said. “We want to say programs that emanated from the Cyclica ecosystem are now showing meaningful data, whether they’re IND-enabled or getting into phase 1 trials.”

Looking beyond the short term, the company wants to get 1,000 programs up and running within the next decade. Not all of them will be in pharma, though. In addition to bankrolling the development of its drug discovery platforms, the series B cash will support Cyclica’s expansion into other industries such as agro-chemicals, as well as the pharma industry.