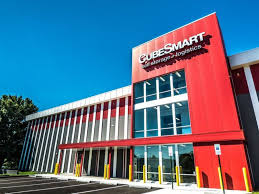 CubeSmart (CUBE) traded on unusually high volume on Dec. 06, as the stock gained 3.09% to close at $32.39. On the day, CubeSmart saw 2.2 million shares trade hands on 16,887 trades. Considering that the stock averages only a daily volume of 1.44 million shares a day over the last month, this represents a pretty significant bump in volume over the norm.

CubeSmart is a real estate investment trust that acquires, owns, and manages self-storage facilities throughout the United States. The company’s real estate portfolio is composed of buildings with numerous enclosed storage areas for both residential and commercial customers to rent mainly on a month-by-month basis. Most of CubeSmart’s facilities are located in Florida, Texas, California, New York, and Illinois. Cumulatively, theses states account for both the majority of the square footage in the company’s real estate portfolio and the majority of its revenue. CubeSmart derives nearly all of its revenue from rental income from tenants utilizing its storage facilities. No single customer represents a significant concentration of the company’s revenue.

Headquartered in Malvern, PA, CubeSmart has 2,508 employees and is currently under the leadership of CEO Christopher P. Marr.