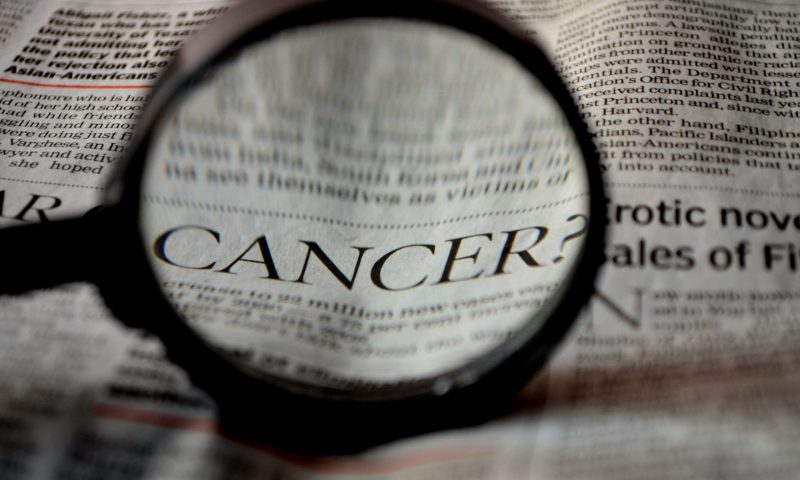 Most cancers are driven by continuous cell division, the cause of which is largely a mystery. Scientists at Vanderbilt University have discovered a genetic switch that seems to touch off that abnormal proliferation of cells—and they did it with the gene editing system CRISPR.

Using a genomewide CRISPR screen, the Vanderbilt team discovered that deleting a protein made by the gene TRAF3 causes cells to proliferate without stopping, even after they reach a certain density that would normally signal them to stop dividing. Because TRAF3 has not been linked to cancer before, the finding could offer key insights into the development of some cancers, the researchers reported in the journal eLife.

The team started with 40 million epithelial cells, using CRISPR to select cells that kept dividing uncontrollably. They were surprised to discover that a loss of TRAF3 activates signaling that in turn drives cell proliferation. TRAF3 normally activates immunity and had not been linked to uncontrolled cell growth before, they said.

“It is known that normal, noncancerous cells decide when to stop dividing by sensing the cell density around them, but cancer cells lack this restraint and just keep dividing. It is important for us to understand the mechanisms that control this kind of cell behavior,” said graduate student and lead author Maria Fomicheva in a statement.

Finding new ways to stop uncontrolled cell division in cancer is of growing interest in oncology research. Last September, a Johns Hopkins team reported it was able to stop breast cancer cells from multiplying by inhibiting the protein PLK4, which disrupted a structure inside cells that’s essential for division.

In 2018, a team of researchers found that inhibiting the enzyme DHODH could stop cells from dividing. A team at the University of Rochester used CRISPR to delete the protein Tudor-SN from cells, which slowed down the process of cell division.

Because the Vanderbilt team made the discovery of TRAF3’s role in cell division using epithelial cells—protective cells that line the skin and internal organs—the discovery could be particularly useful for furthering the understanding of cancers that start in epithelial tissues, such as gastric and lung cancers, the researchers wrote in the study.

TRAF3 mutations have been found in some epithelial cancers, they said, “and low expression is associated with worse outcomes. Further work will be required to determine the impact of this pathway in cancer development.”