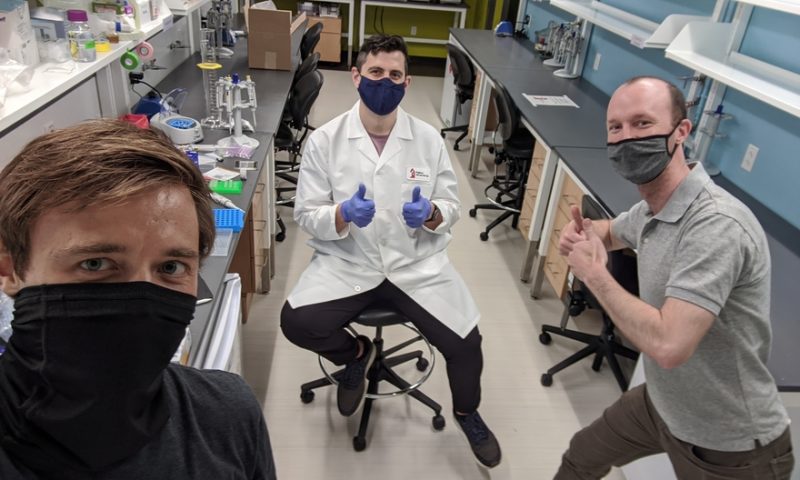 There is no shortage of biotech startups working to streamline drug discovery, but those efforts are concentrated at the earliest stages of drug discovery and sooner or later, all drug developers run into the same bottleneck: preclinical testing.

While animal studies are not a perfect mirror of how a drug might work in humans, they are still the best proxy for a disease, said Gleb Kuznetsov, Ph.D., CEO and co-founder of Manifold Bio, a startup out of the laboratory of George Church, Ph.D., that’s working to ease that bottleneck.

Advances in tools like artificial intelligence and machine learning are helping companies screen potential drugs much more quickly and at a much larger scale. But when it comes time to test those prospects in animals, companies must choose just a handful of designs because they can only test them one at a time, Kuznetsov said.

Not only does this slow down the process, but it also makes drug development more of a gamble. Companies may test a bunch of compounds that looked promising in test-tube experiments but turn out not to work in animals—or worse, they may miss out on potential new drugs because those candidates didn’t make the cut in test tubes.

Manifold is looking to change that. It’s working on a protein barcoding system that would not only allow developers to test multiple drugs in the same animal, but to also study multiple drug properties, like toxicity and biodistribution, all in the same experiment.

“The key puzzle to solve to enable this technology is how do you track individual drug molecules?” Kuznetsov said.

Manifold’s approach is based on the research of Pierce Ogden, Ph.D., Manifold co-founder and chief scientific officer, which used DNA sequencing and DNA synthesis to screen more than 200,000 gene therapy virus designs in one mouse. That process was made possible thanks to viruses’ natural barcodes—their DNA—which can be used to track each variation of a virus and see which tissues those variations end up in.

Proteins, on the other hand, don’t have unique DNA sequences, so Manifold is creating barcodes for them. They’re a set of tags, or sequences, so the company can use next-generation sequencing on the proteins without needing to figure out how to sequence the proteins themselves, Kuznetsov said.

“We can take a large mix of proteins, inject them into an animal and look at a ton of different properties all in one assay, generative a massive amount of data that would previously take hundreds to thousands of animals,” Ogden said.

Besides saving time and money, the approach—which requires the use of fewer animals—could also ease some ethical concerns, especially at a time where the country is facing a shortage of monkeys for drug testing.

“By enabling high throughput in vivo screening of protein therapeutics, Manifold Bio can discover new biologics at scale,” Seth Bannon, founding partner at Fifty Years, said in a statement. “Their approach allows generating valuable data faster and at a lower financial and ethical cost, leading to cures that have evaded traditional methods.”

Armed with a $5.4 million seed round from Playground Global, Fifty Years, Gettylab and Allston Venture Fund, Manifold will spend the next couple of years building its platform and talking with biopharma companies to understand what kinds of problems the technology could solve.

In the longer term, the tech could be used to help find drugs that zero in on tumor tissue but not healthy tissue, or to pinpoint compounds that can cross the blood-brain barrier, said Shane Lofgren, the company’s co-founder and head of business development.