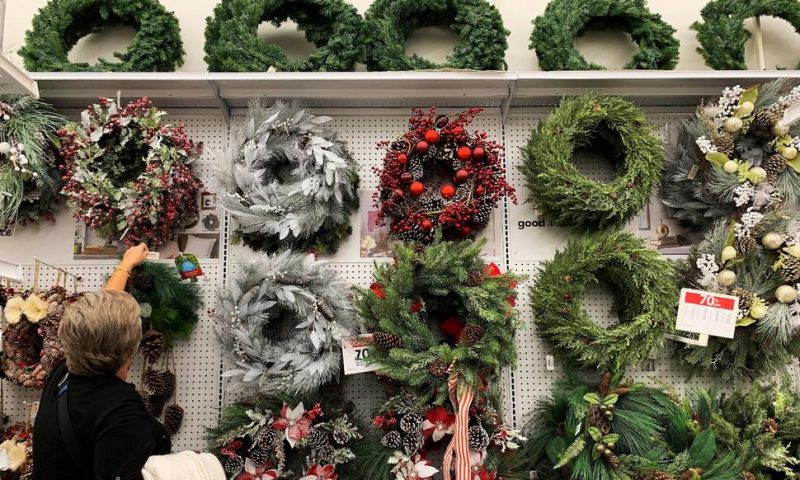 WASHINGTON — U.S. consumer confidence declined slightly for a fourth consecutive month, but it remains elevated with the holiday shopping season ramping up.

The Conference Board said Tuesday that its consumer confidence index ticked down to 125.5 in November from October’s 126.1 reading.

Consumers’ feelings about the present economic conditions also regressed slightly, but their short-term expectations for the future rose. Consumers’ assessment of the job market also declined slightly, despite low unemployment and rising wages.

Earlier this month, the Commerce Department reported that Americans stepped up their shopping in October, spending more online and buying more cars, another good sign as the holiday shopping season kicks off this week with “Black Friday” events.

Consumer confidence has been shaken somewhat by a global slowdown that’s coincided with a drawn-out U.S.-China trade war that has hurt American manufacturers and increased economic uncertainty.

The trade battle and weak global growth has led many businesses to cut back on their investment spending and economists have dialed back growth estimates for to under 2% for the third quarter.

On Wednesday, the Commerce Department issues the second estimate of how the U.S. economy performed in the July-September quarter.

Consumer confidence is closely watched by economists because their spending accounts for 70% of economic activity in the U.S.

From Modest Beginnings, Washington Now a Force in Wine World