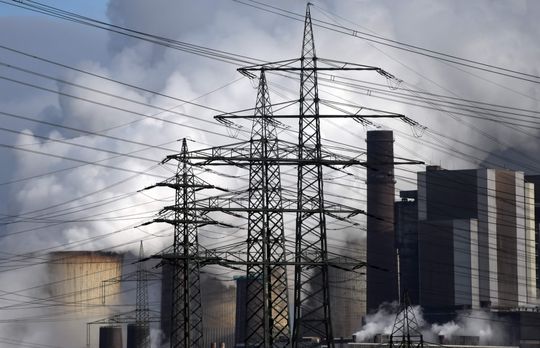 Transitioning to green energy will take time. Meanwhile, governments bring back the dirtiest of fossil fuels.

Coal was supposed to be headed to the dust bin of history as the world increasingly embraces renewable energy.

After all, many countries were shutting down these sooty, air-choking power plants. Mines closed, coal companies went bankrupt, and utilities started to replace coal-fired electricity generation with natural gas or wind and solar energy.

But it turns out that weaning the world off fossil fuels, particularly the dirtiest fuel of them all, isn’t going to be easy or quick, as coal’s price and demand have been revived this year. Transitions take time.

“From our point of view, the energy transition was always a multi-decade story,” said Biff Ourso, senior managing director, Nuveen Real Assets. “And there’s invariably going to be periods of spikes in demand, or supply/demand imbalances that was going to cause a resurgence in carbon-based generation sources.”

Coal is likely to stick around as countries rely on it to ensure the lights stay on and the economy hums along. Coal’s resurgence also shines a light on the need for improved battery storage for renewables if the world is going to decarbonize.

A series of unfortunate events

Coal’s revival comes as energy prices across the board are higher. Year-to-date, nearby ICE Rotterdam coal prices are up 140%, NYMEX natural gas prices futures prices gained 105% and West Texas Intermediate crude oil rose 76%. Comparatively, the S&P 500 SPX, -0.51% is up 23%.

Peabody Energy Corp. BTU, -5.50% earnings show the renewed fortunes of coal, as share prices are up nearly 800% in a year. The company said it has had the highest level of coal sales in seven quarters.

Renewable energy supply faltered in several key areas worldwide: reduced wind speeds in Europe cut power generated by turbines, and poor hydrological conditions globally reduced hydroelectric power output. Add to that a scramble to secure power supplies ahead of a northern hemisphere winter — it all added to countries turning to coal as prices for other hydrocarbons rose.

Even in the U.S., the U.S. Energy Information Agency said coal-fired power generation is set to rise in 2021 for the first time in seven years because of high natural gas prices, although it is expected to drop next year.

Although coal demand has dropped globally over the past several years, coal is still a significant part of the energy mix in China, with the International Energy Agency noting the country accounts for the lion’s share of global coal growth. India, the U.S. and Europe are the next top users.

Like other countries seeking to decarbonize, China is building its renewable and nuclear capacity to complement its hydropower electricity generation. That’s helped cut China’s coal use to about 65% from around 80% a few years ago, said John Kartsonas, managing partner at Breakwave Advisors, a shipping and commodities advisory firm.

Hydropower makes up about 20% of China’s electricity supplies, so when river levels fell, it had to turn to coal during this year’s power crunch as it tries to support economic growth.

This year’s energy-security crisis may make coal-dependent countries like China likely to aggressively reduce capacity. “Coal is the only alternative that you can burn and immediately have electricity coming to your house or factory,” he said.

The sharp spike in coal prices is unlikely to last, judging by futures prices, which show the ICE November 2022 contract traded around $98/MT, half of current nearby values.

Near-term prices are slipping as China ramped up domestic coal output, and Europe and Russia seem to have a deal for natural-gas supplies for the winter heating months so they can rely less on coal.

Jay Hatfield, founder of Infrastructure Capital Advisors, said he’d like to think this year’s spike in coal is the mineral’s last gasp, “but I fear it is not” as countries try to balance energy security and economic growth.

“China is still trying to grow the economy at 6% annually. And it’s physically impossible, particularly in a country like China, to do that through renewables,” Hatfield said.

Kartsonas agreed, saying India and China are likely to be significant coal users for at least a decade, noting China can expand domestic coal production. However, outside of China, it would be a tough call to see coal production expand globally, he said.

Matt Breidert, portfolio manager at Ecofin, said coal’s recent price spike is “the worst thing for coal,” from a competitive standpoint, noting that coal has been costlier than wind or solar for a while.

That different countries fell back on coal highlights the need for electric grids to build resources that have backup value in the overall energy mix, Breidert said, but that doesn’t automatically mean coal. He said options include resources such as greater battery storage and developing hydrogen sources.

Yet there’s a debate whether renewables can supply baseload power. Hatfield said battery storage at utility scale isn’t feasible, but Breidert counters that the lack of large-scale battery storage is a market-design issue rather than a technology problem.

“We haven’t really come up with a model yet to reward a big load of batteries to lay there and provide backup power when it’s really needed and be remunerated in an appropriate manner,” he said.