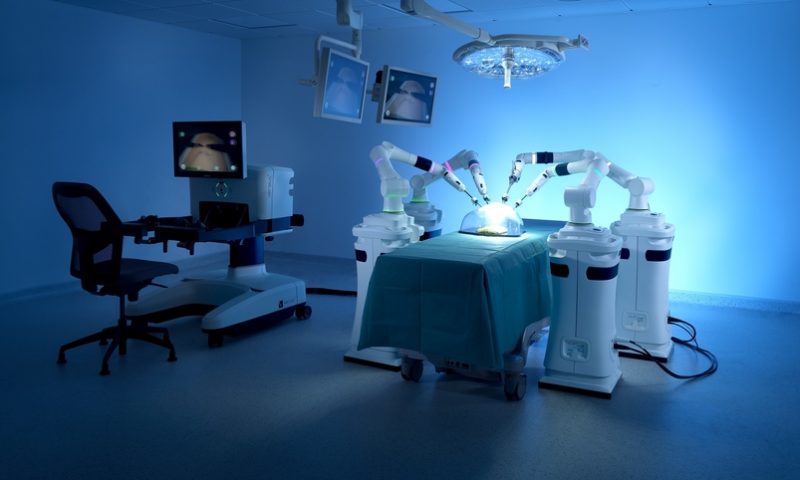 U.K.-based surgery robot developer CMR Surgical has begun rolling out its Versius platform to National Health Service (NHS) hospitals and has completed its first minimally invasive procedures in the country and the European continent.

The NHS’ first adopters of the portable, modular, cart-based surgery system include The Western General Hospital, based in Edinburgh, Scotland, and the Milton Keynes University Hospital in Buckinghamshire, England.

So far the Versius platform has be used in a range of colorectal surgeries for serious bowel diseases and cancer, according to the company—which estimates that these two sites have the potential to perform up to 700 minimally invasive procedures each year that would otherwise require open surgery.

“Innovative robotic systems like Versius are set to play a vital part in delivering world-leading surgical care across the NHS and I am delighted that the team at Milton Keynes will be some of the first in the world to be routinely using this technology,” Joe Harrison, chief executive of the Milton Keynes University Hospital NHS Foundation Trust, said in a statement. “The hope for us is that this will lead to better outcomes for patients as well as helping us to free up bed space that can then be used to help others in need.”

The company estimates that, of all the surgical procedures in the U.K. that could be performed laparoscopically, only about one-third are currently done so.

Headquartered in Cambridge, U.K., CMR Surgical says that additional NHS centers and teaching hospitals are slated to begin using the system later this year. The company also offers its equipment through a managed service agreement with fixed costs per number of annual procedures, designed to lower the upfront requirements.

“We set out to design a system that was versatile, portable and cost-effective, and it is immensely rewarding to see it now being used in the NHS—one of the most thorough and clinically rigorous health systems in the world,” said CMR Surgical Chief Medical Officer Mark Slack. “Our focus now will be on working with the surgical community across the U.K. to provide the option of minimal access surgery to everyone who may benefit.”

At the top of the year, the company brought on a new CEO to help steer its global launch, which has previously been underway in India with various gynecological and upper gastrointestinal procedures. Per Vegard Nerseth, formerly managing director of ABB’s industrial robotics division, took over from CMR Surgical’s co-founder, Martin Frost, on Jan. 1.

In the U.S., the Versius system is currently under FDA review, but the company already has commercial teams ready to hit the ground running. They’re backed in part by a $240 million funding round that CMR Surgical picked up last September. In addition to operations in the U.K. and mainland Europe, the company hopes to potentially double its headcount to over 1,000 within the next five years.

Is This Biotech Sector Being Overlooked?