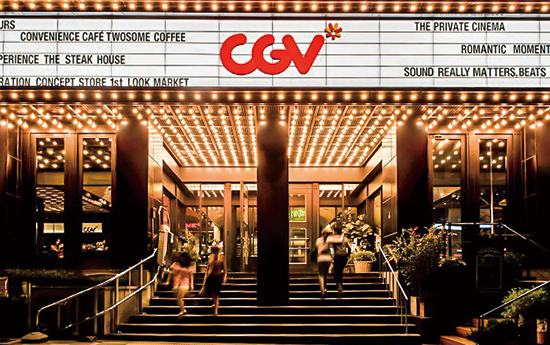 CJ CGV has missed third-quarter earnings expectations, said Korea Investment and Securities on Nov. 9 lowering the target price to 55,000 won (US$69.31) from 78,000 won while maintaining a “buy” recommendation.

Its operating profit inched up 1.4 percent on-year to 32.2 billion won but failed to meet 38.7 billion won market consensus. Despite ticket price rise in Korea and China and increased number of screens, revenue from Turkey shrank. The third quarter was a peak season in Korea, but box office sales rose only 9.2 percent. The Turkish movie market itself grew 1 percent and the currency dragged down revenue 43.5 percent lower on-year, said analyst Choi Min-ha.

Considering that the fourth quarter earnings last year included sales during Chuseok and had a number of hit movies, it will inevitably face a decline in profits this year. It also lacks short-term momentum as it has put off listing its Vietnamese unit, the analyst noted.

Equities rally as US mid-terms go as expected