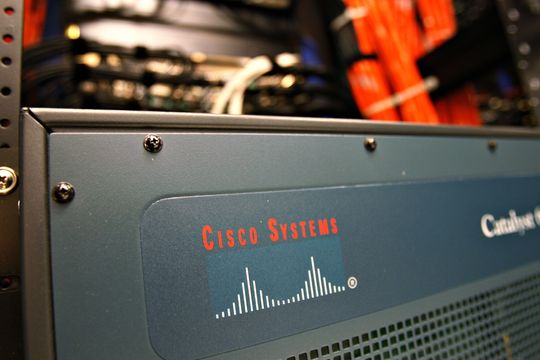 Still, Cisco Chief Financial Officer Scott Herren announced a “limited business restructuring,” to be shared with employees on Thursday, that will right-size its real-estate portfolio and impact about 5% of its 80,000 workers worldwide — or 4,000 people. “This is about rebalancing across the board,” he said, adding that as many jobs will be added as reduced.

“Our goal is to minimize the number of people who end up having to leave,” Herren told MarketWatch. “We will match as many with new roles at the company as we can. This is not about reducing our workforce — in fact we’ll have roughly the same number of employees at the end of this fiscal year as we had when we started.”

Analysts surveyed by FactSet had expected on average net income of 84 cents a share on revenue of $13.3 billion. Shares gained 4% in after-hours trading following the results, after closing down 1% in regular trading Wednesday at $44.39.

“Our fiscal 2023 is off to a good start as we delivered the largest quarterly revenue and second-highest quarterly non-GAAP earnings per share in our history,” Cisco Chief Executive Chuck Robbins said in a statement announcing the results. During a conference call with analysts late Wednesday, Robbins noted “modest improvement” in component delivery amid an easing supply-chain pipeline.

Cisco’s Product ($10.25 billion) and Service ($3.39 billion) businesses were up slightly year over year. Secure, Agile Networks, the company’s top business segment including data-center networking switches, hauled in $6.68 billion, up 12% from a year ago.

Herren recognized buying caution in Europe driven by a dramatic increase in energy costs and market volatility. The company has also shut down operations in Russia.

For the fiscal second quarter, Cisco executives guided for 84 cents to 86 cents a share in adjusted profit and revenue growth of 4.5% to 6.5%. Analysts were forecasting adjusted earnings of 85 cents and revenue of $13.24 billion, according to FactSet.

In the days leading up to Cisco’s report, financial analysts had expected results and guidance in line with their modest expectations but warned of lingering supply-chain woes.

“We model 15-20% declines in orders [year-over-year] due to tough compares a year ago and stronger seasonality last quarter, but backlog should protect revenues for now,” Barclays analyst Tim Long said in a note to investors on Tuesday.